An illustrated view of a black widow pulsar and its stellar companion.
Advertised on
04/05/2022 - 16:30
Authors
SCIENCE COMMUNICATION AND OUTREACH UNIT

The research, carried out by an international group incuding the Instituto de Astrofísica de Canarias(IAC) and the University of La Laguna (ULL) also show that the binary system has a third star orbiting it , and which could have originated from close to the centre of the Milky Way.

While the Earth takes 365 days to complete its orbit round the Sun, the star which orbits the new found pulsar ZTF J1406+1222 does it in 62 minutes, which makes it a neutron star in a binary system termed a “black widow”, with the shortest period measured until now. These data were obtained using the ultra-high speed camera HiPERCAM on the Gran Telescopio Canarias (GTC). The specifics of this new object, in whose discovery the Instituto de Astrofísica de Canarias and the University of La Laguna participated, are reported toeday (May 5th) in the journal Nature.

This type of binary systems has been termed “black widows”. The reason is that during the motions of the pulsar and its companion star about their common centre of mass, the intense wind of particles emitted by the pulsar causes the steady evaporation of the other star, hence the metaphor of the female spider who eats the male after pairing.

A couple of dozen of these systems are known in the Galaxy, but the paricularity of the recently discovered J1406, which is at some 3000 light years from the Earth, is that, as well as having the shortest orbital period measured until now for a black widow system, it is accompanied by a tird star. This star is in orbita round the binary with a period of around 10,000 years, according to data obtained by the Gaia satellite and the Sloan Digital Sky Survey

This triple black widow has stimulated scientific discussion about the origin of a system of this type. The analysis of he observations obtained using the telescopes GTC (Garafía La Palma) and Keck (Mana Kea, Hawaii), among others, has given rise to a plausible origin: just like the majority of these systems J1406 would have been formed in a globular cluster which could have moved close to the centre of the Milky Way, where the gravitational field of the central supermassive black hole may have dismantled it, leaving the triple system intact.

“ It is undoubtedly a complex origin” says Kevin Burdge, a postdoctoral researcher in the Physics Department of the Massachussetts Institute of Technology (MIT), the first author of the article. “This system” adds  Burge, “ was floating round the Galaxy long before the formation of the Sun”

Pablo Rodríguez Gil, a researcher at the IAC and in the Department of Astrophysics of the ULL, a co-author of the article explains,” Even though the majority of these black widows have been detected by their emission in the X-ray and gamma-ray spectral ranges, in this case we decided to have a try in the visible. There should be a big contrast in brightness in these binaries,  between the day side which always faces teh pulsar, and the night side, of the companion star”

One of the key characteristics of this research is the specific nature of the finding, because it is based on photometric observations in the visible range, which can show whether there is a pulsar by looking for variations of brightness by a factor 10 or more within an interval of one hour or less. “For this the HiPERCAM camera on the GTC was crucial” explains Rodríguez Gil.

“Curiously” continues Birdge “ we have still not detected X-ray or gamma-ray photons from J1406, so that we must still treat it as a candidate system for a black widow, but we are pretty sure that future observations in those spectral ranges will confirm this. It is, however  confirmed that we are observing a companion star with its day side much brighter than its night side in a 62minute orbit”
Finally he adds “Everything points to its being a black widow but it might just be a new type of object”

This research was led by the Massachussetts Institute of Technology (MIT) with the participation of the Instituto de Astrofísica de Canarias (IAC) and the University of La Laguna (ULL). It has been partly funded by the National Science Foundation of the United States. 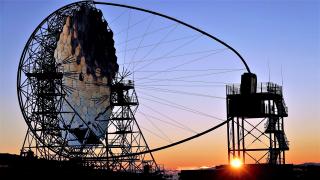 The first prototype of the Large-Size Telescope (LST) of the Cherenkov Telescope Array (CTA), the LST-1, located at the Roque de los Muchachos Observatory (Garafía, La Palma), has detected an emission of very high-energy gamma rays from the Crab Pulsar, a neutron star at the centre of the nebula of the same name. This observation confirms the successful operation of this telescope, which is being commissioned. 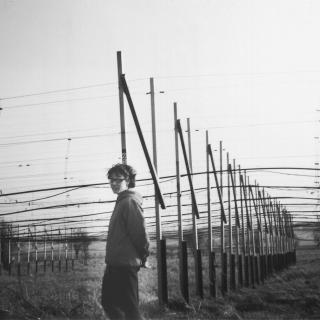 When Jocelyn Bell Burnell failed an important exam at the age of 10 she did not expect to become one of the most relevant figures in astronomy. Nor when she began work on her doctoral thesis did she expect to discover an unknown type of star. The story of Jocelyn Bell is one of serendipity, perseverance, the “impostor syndrome” and “little green men”. In honour of her career she will have her own star in the Passage of Science in La Palma. So she will receive the homage which the Island pays to notable scientific figures, such as Stephen Hawking, Alekséi Leonov, Takaaki Kajita, and Samuel 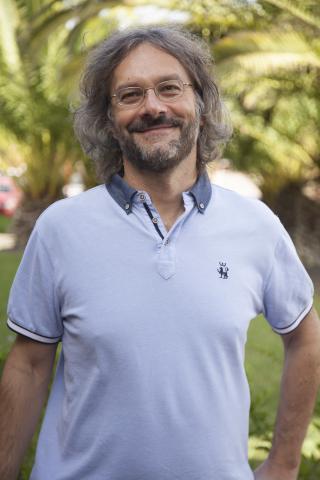 Andrea Possenti has been the Director of the INAF-Osservatorio Astronomico di Cagliari, where he became staff astronomer in 2004 after finishing a Physics degree at the Università di Milano and a PhD in Astronomy at the Università di Bologna. He spent a few years in Australia during his post-Docs. He is also co-chair of the SKA pulsar working group