The first extensive catalogue of massive stars with low metallicity

Composite image of the Sextans A galaxy made with different ground-based and space-based telescopes.
Advertised on
22/09/2022 - 11:40
Authors
SCIENCE COMMUNICATION AND OUTREACH UNIT

A recent study, led by the Centre for Astrobiology (CAB, CSIC-INTA) with participation by the Instituto de Astrofísica de Canarias (IAC) presents the first extensive sample of massive stars whose chemical composition shows a lower metal content than that of the Small Magellanic Cloud. This is a basic first step in performing an exhaustive characterization of the properties of massive stars with low metallicity.

Massive stars with very low metallicity are important for interpreting the processes which took place in the early phases of the univers, such as reionization and early chemical enrichment. Producing an extensive catalogue of this type of stars is a basic first step towards understanding their physics and their evolution, and finally to extrapolate their properties to those of the first stars in the universe, whose chemical composition was free of metals.

A team led by the researcher Marta Lorenzo, of the Centre for Astrobiology (CAB, CSIC-INTA) has produced the most extensive spectroscopic catalogue of stars with metallicities lower than the characteristic values of the Small Magellanic Cloud, a satellite galaxy of the Milky Way, which has been used for many years as a standard for objects of low metallicity.

This catalogue is the latest product of efforts started years ago in the IAC to explore nearby low metallicity galaxies, by the researchers Artemio Herrero and Miriam García, then a postdoctoral researcher at the IAC and now in the CAB, INTA-CSIC, and their collaborators, which gave rise to a series of pioneering studies. “Detailed studies of massive stars in nearby galaxies push current telescopes to their limits. Our work opens the way towards a better understanding of the forces which drive the evolution of our universe” claims Herrero.

The work, in which researchers from the Leibniz Institute for Astrophysics, Potsdam (AIP) have also taken part, is based on observations taken with the OSIRIS spectrograph on the Gran Telescopio Canarias (GTC). The catalogue contains over 150 massive stars in the irregular dwarf galaxy Sextans A, at the limits of our Local Group of galaxies, which has only one tenth of solar metallicity, a value similar to the mean chemical composition of the universe during its first 4000 million years (one third of its present age).

According to Marta Lorenzo, “The majority of the massive stars in the sample are found in the large clouds of neutral gas in the galaxy. However we have found some sources in regions with very low gas density, which challenges current theories of star formation”.

The study also gives the first list of sources which could have a homogeneous chemical evolution, and of binary systems which could contain “naked” stars, in which their companion has cleared away their hydrogen envelope. These exotic evolutionary paths, which could give rise to progenitors of gravitational waves, have not previously been detected in zones with only one tenth of solar metallicity.

“Observational confirmation of only one of these would have important consequences for the theories of stellar evolution and for the interpretation of galaxies in the earliest epochs of the universe” states Miriam García, co-author of the study and a researcher at CAB, CSIC-INTA.

The importance of the metallicity

After the Big Bang the universe was composed of only hydrogen, helium, and a little lithium. Its content of metals, (a term used in astrophysics to include all the elements heavier than helium) was almost zero. Successive generations of stars, via their nuclear reactions and violent deaths have been enriching the interstellar medium surrounding them with heavier elements, until reaching the present metal content of the universe, referred to as solar metallicity.

The physics of massive stars with solar metallicity has been widely studied, but we lack any knowledge of the nature of the first generations of stars which began to supply metals to the universe. Present day telescopes, both ground-based and in space, capture the light of distant galaxies, dominated by massive stars, but are unable to separate the stars individually. Only by observing stars at low metallicity in nearby environments can we derive clues about the lives, deaths, and properties of the stars in the early universe.

The Small Magellanic Cloud, a satellite of the Milky Way, has been used up to now as a standard for low metallicity objects. However its chemical composition is not really representative of the earliest epochs of the Universe because its metallicity is one fifth that of the sun. In the words of Francisco Najarro, a reseracher at the CAB, CSIC-INTA,  who has participated in the study “This shows the relevance of the new catalogue of stars in Sextans A, whose metallicity is one tenth solar, which potentially stands as a new reference for metal poor massive stars”.

Producing catalogues which contain a representative sample of this type of stars is basic for comparing their properties and explaining what could have occurred at the beginning of the univers, when the metallicity was virtually zero. 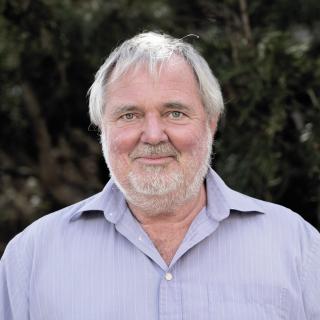 Interview
NORBERT LANGER: "There are still many uncertainties about the evolution of massive stars"

Professor Norbert Langer is currently head of the Stellar Physics Group at the Argelander-Institut für Astronomie (Bonn, Germany). Considered one of the world’s leading experts in the field of theoretical stellar Astrophysics, for more than three decades he has been researching the evolution of high mass, from their early stages to the point when they explode as supernovae. These stars play an important role in the evolution of their host galaxies. However, their short lifetime makes them very difficult to observe, raising many questions about their nature. A correct interpretation of the 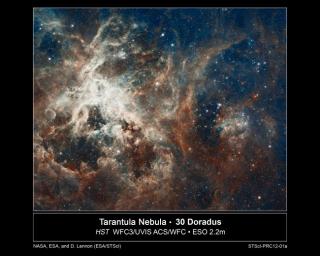 Press release
Overabundance of massive stars in the Tarantula Nebula

An international team of astronomers with participation of researchers at the Instituto de Astrofísica de Canarias (IAC) and the University of La Laguna (ULL) has revealed an ‘astonishing’ overabundance of massive stars in a neighbouring galaxy. The discovery, made in a gigantic star-forming region of the Large Magellanic Cloud galaxy, has ‘far-reaching’ consequences for our understanding of how stars transformed the pristine Universe into the one we live in today. The results are published today in the journal Science.