The activities of the proyect “Amanar: under the same sky” return to the Canaries

Saharawi children from the "Holidays in Peace 2022" programme and their host families enjoy the astronomy outreach activities of the AMANAR programme and visit the Museum of Science and the Cosmos en Tenerife.

Saharaui children from the programme “Holidays in Peace 2022” and their hosting families enjoyed the astronomical outreach activities and visited the Museum of Science and the Cosmos and the IAC Headquarters in Tenerife.

On September 2nd the Instituto de Astrofísica de Canarias (IAC) and the Canary Association for Friendship with the Sahraui People (ACAPS), in collaboration with the Museum of Science and the Cosmos (MCC, Museums of Tenerife), organized a day of outreach activities for the Saharaui children and for their host families in Tenerife, in the programme “Holidays in Peace”. The activities, which were in the framework of the project “Amanar: under the same sky”, consisted of talks and workshops on Astronomy, as well as a guided tour to the MCC. There were 33 participants in the day´s activities, including 15 Saharaui children accompanied by members of ACAPS, who also visited the IAC headquarters in La Laguna.

AMANAR is an outreach project in Astronomy, which aims at sharing this exciting science with the Saharaui population in the refugee camps of Tinduf, Algeria. The project pays particular attention to children, young people, and teachers, to arouse their interest in science, and to showcase the traditional Saharaui knowedge of the sky, to contribute to strengthening their resilience, and to make them feel part of a world wide community.

The project originated as a collaboration between the international GalileoMobile organization and ACAPS, with the support of the IAC, and the Office of Astronomy for Development (OAD) of the IAU, with additional support from other institutions and collaborating associations.

The first edition of the project took place in 2019, and comprised the organization of workshops and astronomical observations with the Saharaui children who travelled to the Canary Islands in the programme “Holidays in Peace”. They also visited the Canary Observatories. In October of that year an international team of astronomers, educators and cinema directors, with the participation of two astrophysical outreach specialists from the IAC, journeyed to the refugee camps of Tinduf to work with the local students and teachers. They also took educational material to the schools, carried out a study of ethno-astronomy, and made several audiovisual recordings.

The pandemic led to a pause in direct contact activities during the two following years, during which time it was possible only to organize virtual training for the Saharaui teachers, as well as continuing to research traditional Saharaui astronomy, in collaboration with a team of professionals from the camps. This summer it has been possible to re-start the programme “Holidays in Peace” and with this, the activities of Amanar, both in the Canaries and in other places in Spain which have joined the initiative.

In Tenerife the outreach day was organized by the Unit of Communication and Science Culture of the IAC, together with ACAPS, and with the collaboration of the mCC. For four hours those attending participated in a variety of activities within the Museum, as well as enjoying a light meal in the cafetería of the IAC.

The day started with a participative talk about astronomy, given by the outreach astrophysicist of the IAC, Dr. Nayra Rodríguez, during which those present made a virtual journey through the Solar System and some of the types of objects which we find in the Universe. Concepts such as “what are telescopes, and what are they used for” were introduced, as well as thte need to protect the sky from contamination, and there was a brief virtual tour of the IAC and the Canary Observatories.

After that, two further activities took place: a guided tour of the temporary exhibition “Look Upwards” about minor bodies in the Solar System, and other modules at the MCC, by the outreach specialist at the Museum Andrea Rodríguez, with the collaboration of two IAC researchers, Ana Esteban and Miguel Molero, and a workshop about observing the sky with the naked eye, stressing the astronomical information that we can obtain by doing this, and about traditional Saharaui knowledge of the sky,  given by Nayra Rodríguez, with the collaboration of the IAC engineer Enol Mantilla.

Nayra Rodríguez Eugenio, coordinator of the activity: nre [at] iac.es 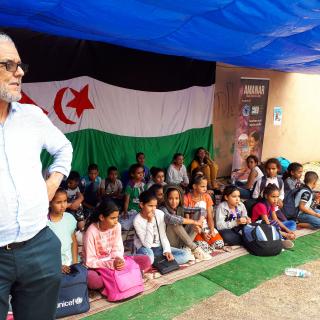 Press release
The project “Amanar, under the same sky”, Astronomy for Peace and Development

“Amanar: under the same sky” is an initiative by GalileoMobile in collaboration with the Canary Association for friendship with the Saharawi People (ACAPS), funded by the International Astronomical Union (IAU), via its Office of Astronomy for Development and its centenary celebrations, and by the Instituto de Astrofísica de Canarias (IAC). On Tuesday 15thOctober the second part of the project will begin, in which an international team of astronomers and teachers will travel to the refugee camps in Tindouf to engage in outreach activity with the Saharaui students and teachers- Durint the stay 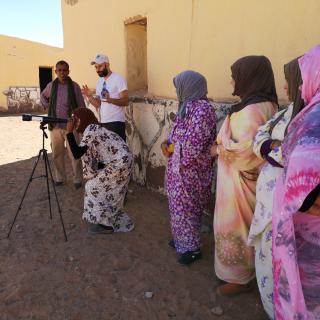 An international team of astronomers, science educators, and film-makers, with participation from the Instituto de Astrofísica de Canarias (IAC) made a ten day visit to the Saharaui refugee camps in Tindouf, Algeria, and organized Astronomy outreach and educational activities, within the framework of the project “Amanar, under the same sky”. 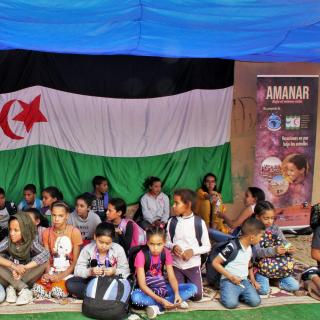 Today marks the official start of this outreach project in astronomy, which promotes scientific education and supports the young people and the teachers who live in the saharaui refugee camps. The activities of astronomical popularization and the visits to the Canary Observatories will start on July 20th, and will last until October, when an international team, with participation from the Instituto de Astrofísica de Canarias (IAC) will travel to the saharaui refugee camps near Tinduf, in Algeria. Amanar, which means The Pleiades” in Berber, is an astronomical outreach project to inspire the 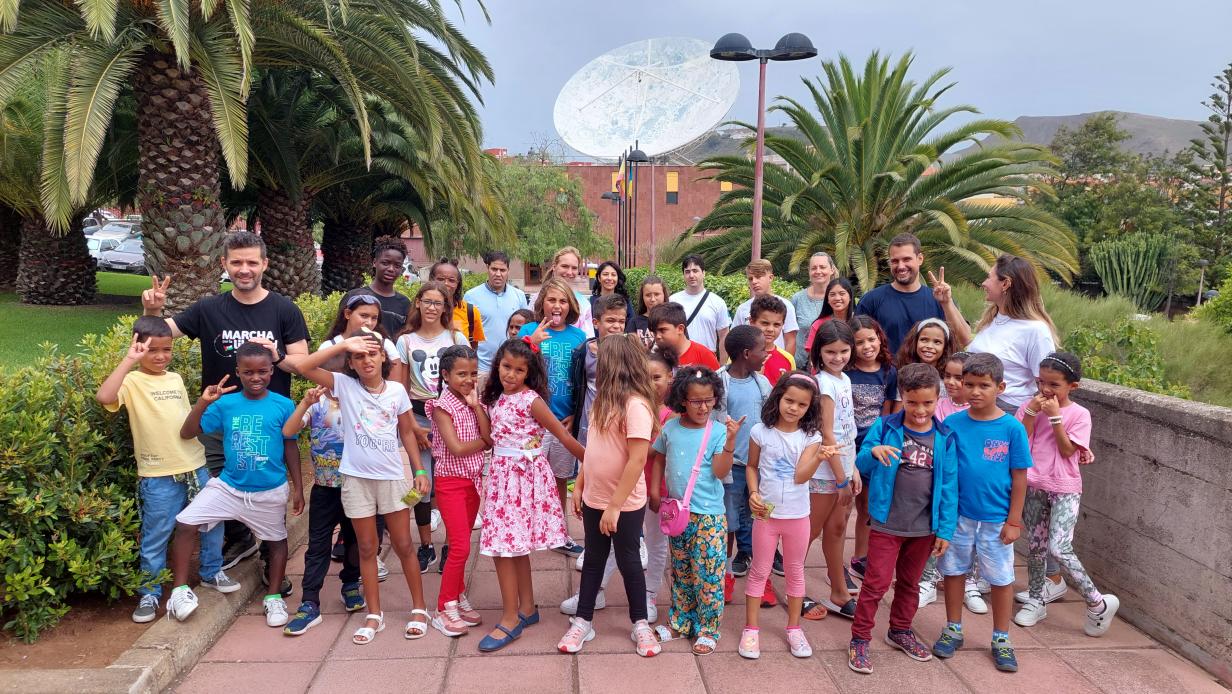