AURÉLIEN CRIDA: “A planet changes its orbit due to gravitational interactions with the gas disk in which it formed” 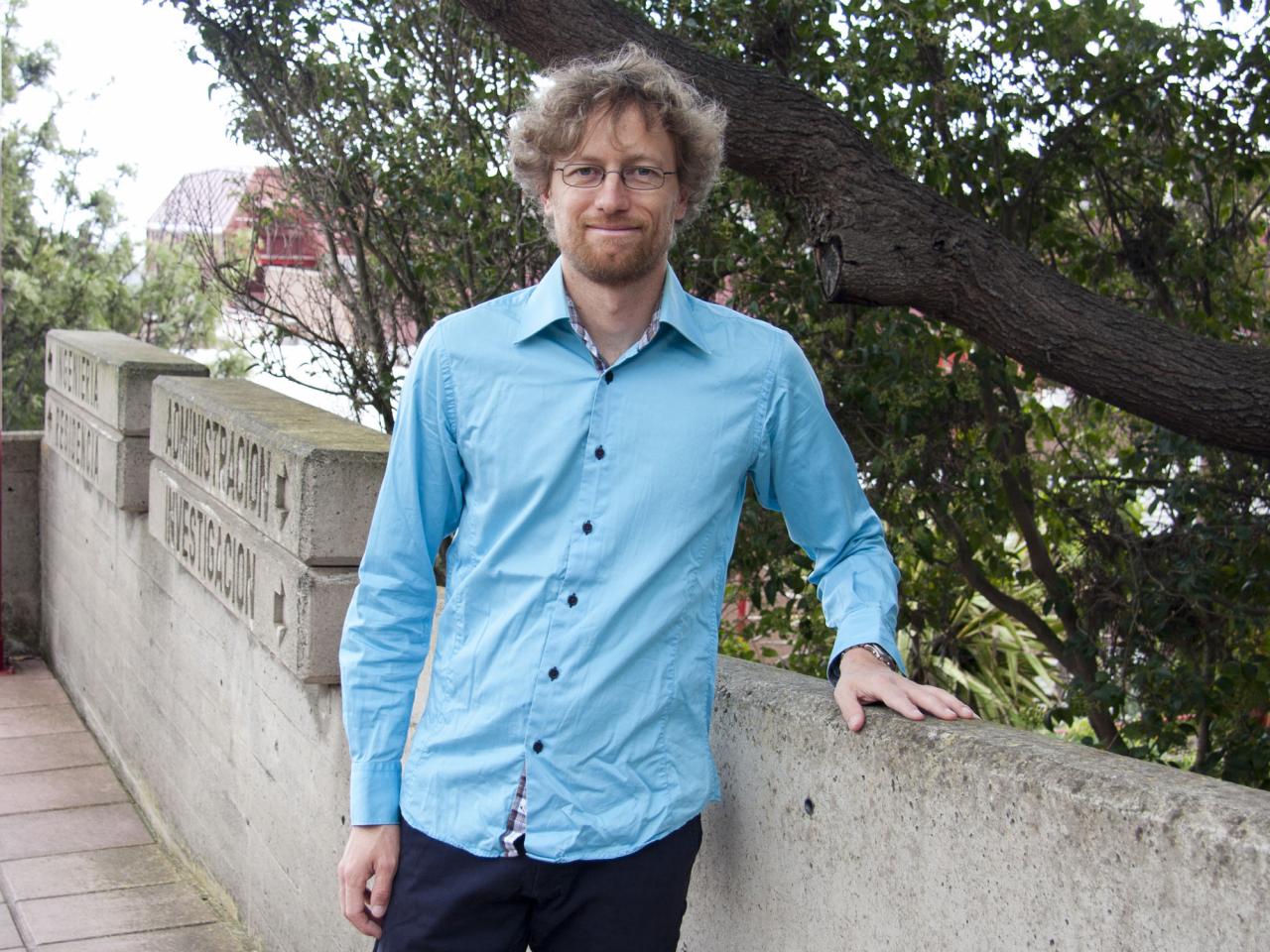 The Universitary Institute of France, where an international jury values ​​the quality of the research presented, accepted his project to improve the understanding in the formation of giant planets and their satellites as part of the search for a habitable world orbiting another star different from the Sun. For this reason, Aurélien Crida, from the Physics department of the University of Nice Sophia-antipolis and the Lagrange laboratory of the Observatoire de la Côte d'Azur, is currently in Tenerife as a guest lecturer of the XXVIII Canary Islands Winter School of Astrophysics, organized by the Instituto de Astrofísica de Canarias (IAC). The field of this researcher: planetary migration.

“The 4 giant planets of the Solar System –Jupiter, Saturn, Uranus and Neptune- were not on their present orbits, but in a more compact configuration.”

“The ‘Nice model’ may be one the most important breakthroughs in our understanding of the Solar System's history and origin.”

“The first exoplanets discovered were closer to their host star than Mercury to the Sun. We think that these planets migrated in the gas disk during and after their formation.”

Q: How many models currently exist to explain the origin and evolution of the Solar System? What it is the most accepted and why?

A: Well, this a complicated question... Grossly, we know that the planets of the solar system formed from a disk of gas and dust that surrounded the Sun in the first few million years after our star was born. How things went from micrometer dust grains to planets of thousands of kilometers? There has been huge improvements in our understanding of the various processes on this long way, but we don't understand everything yet.

It is generally considered that further from the Sun than –3 times the Earth-Sun distance- the temperature was cold enough to allow H20 to freeze, and that the presence of solid ice instead of water vapor played a more or less important role to make giant planets (as we find them far from the Sun) rather than the small terrestrial rocky planet close to the Sun.

Q: What is the Nice model?

A: The Nice model suggests that after the gas disk has dissipated, the 4 giant planets of the solar system –Jupiter, Saturn, Uranus and Neptune- were not on their present orbits, but in a more compact configuration. This configuration turned out to be unstable, and a violent re-arrangement of their orbits occurred at some point. This explains very well their present orbits, the structure of the Kuiper belt (beyond Neptune), the presence of irregular satellites around giant planets, the Trojan asteroids around Jupiter's orbit, and the lunar bombardment that lead to the formation of the dark mare we see now.

This model has been published original by Morbidelli, Tsiganis, Gomes and Levison in 2005 in Nature, and was developed as these 4 researchers were working in the Nice observatory, hence the name of the model.

Q: Some observations indicate that gas giant exoplanets are close to their star, contrary to what happens in the Solar System. Why does this happen?

A: Excellent question. As I wrote above, we expect giant planets to form far from their stars. The first exoplanets discovered were in contrast closer to their host star than Mercury to the Sun. We think that these planets migrated in the gas disk during and after their formation. The phenomenon of planetary migration is my field of research.

Q: What is planetary migration?

A: It is the process that makes planet change orbit (that is: migrate) due to gravitational interactions with the gas disk in which it formed. This is the most accepted explanation for the hot jupiters observed with very short orbits. In addition, the most accepted theory of planetary formation predicts that those planets should form far away from their stars.

Q: From among all the planets of the Solar System, are there someone that have not followed an expected evolution?

A: We think we understand more or less well how all the planets evolved, but there are some puzzling questions remaining. For instance: why is Uranus and Neptune tilted? Why is there no old terrain on the surface of Venus? Are Saturn's rings and satellites formed recently or at the same time as Saturn? Where do Mars's satellites come from? Has Mercury a liquid core?

Q: In your opinion, what have been the most important discovery or progress that we have made in the study of the Solar System?

A: Aristarchus' work, 23 centuries ago, was fantastic: he has shown that the planets orbit around the Sun, in a plane, and found the size of the Earth, the Moon and the Sun (approximately). Then, the discovery of Neptune by Le Verrier and Gale from analytical calculations was of course a big thing.

Recently, the Nice model may be one the most important breakthroughs in our understanding of the Solar System's history and origin. But we should not forget either the datation of the first solids of the solar system: precisely 4.567 billion years old. Space missions like Rosetta or Cassini has also brought amazing new discoveries... It's hard to select one!