In defence of Optical Astronomy

“Astronomical observations have to be protected against light pollution. Only in this way will we be able to see the Universe at at the very beginning”. This was the start of the talk by Casiana Muñoz-Tuñón, Deputy Director of the IAC and one of the organizers of the workshop “Dark and quiet skies for science and society” which is being celebrated on line from October 5th to 9th. Muñoz-Tuñón reminded us that the further back in time we want to reach, the further away we need to look. “For that reason the light which reaches us is very faint. We need dark skies to be able to detect and study these sources”.

The main aim of the on line meeting is to look for ways to mitigate the negative impact of artificial night lighting,and the constellations of artificial satellites. Almost a thousand specialists in different subjects related to Astronomy are working during these days on a document which will be discussed by the United Nations Office of Outer Space (UNOOSA) and which will help governments, city councils, and companies to protect the observation of the night sky, and biodiversity, from light pollution.

Each of the articles in this document are being discussed one by one, every day of this week. Today the problems confronting Optical Astronomy were addressed. The session, moderated by Muñoz-Tuñón, was presented by José Miguel Rodríguez Espinosa, the Secretary General of the International Astronomical Union, and by Rafael Rebolo López, the Director of the IAC.

The Assistant Director for Governmental Relations of the Steward Observatory, Arizona, Richard Green, the chair of the working group, gave the talk “Protection of the dark sky for optical observatories”. Dionýz Gašparovský, Professor of the Slovak University of Technology in Bratislava, talked about the recommendations for outdoor lighting and the protection of astronomical observatories”, and Martin Aubé, Professor of Physics at Sherbrooke and Bishops University, Canada, gave a round-up of the measures of sky protection in the neighbourhoods of optical observatories.

During the session important roles were also played by John Barentin, the Director of Public Policy of the International Dark Sky Association (IDA) , who took down the comments made about this article of the document, Sergio Ortolani, Associate Professor in the Department of Physics and Astronomy at the University of Padua, Pedro Sanhueza, Director of the Office for the protection of the night sky in the North of Chile, and Chris Benn, head of astronomy at the Isaac Newton Group of Telescopes in La Palma. These comprised the group which took down the many questions by the participants via the “chat” to answer them or to put them to the members of the working group and to the speakers.

The Thursday session which will deal with satellite constellations, will analyze a recent problem faced by ground-based telescopes and which, because it is recent, is not yet legally regulated. It is hoped that with the preparation of the document which will come out of this workshop, companies will have a basis for making studies of impact which take into account the consequences of the launch of microsatellites for astronomy.

On Friday, the Minister of Science and Innovation, Pedro Duque, will close the workshop, and will present the last session about the protection of Radioastronomy, which is threatened by interference from radio signals produced by technological development. This will bring to an end the week’s work, organized by UNOOSA, the IAC, and the International Astronomical Union (IAU), with the collaboration of NOIRLab, and which will have a sequel in the Dark and Quiet Skies conference, to be held on La Palma in mid-April 2021.

Programme of the Workshop: http://research.iac.es/congreso/quietdarksky2020/pages/program.php 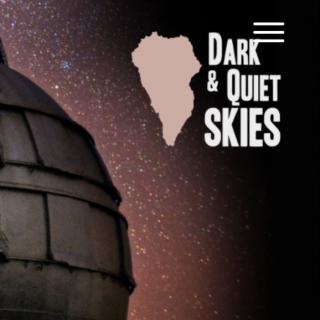