Dimitri Gadotti: “Not seeing the complexity of everything that can alter the life of a galaxy sometimes leads to misconceptions” 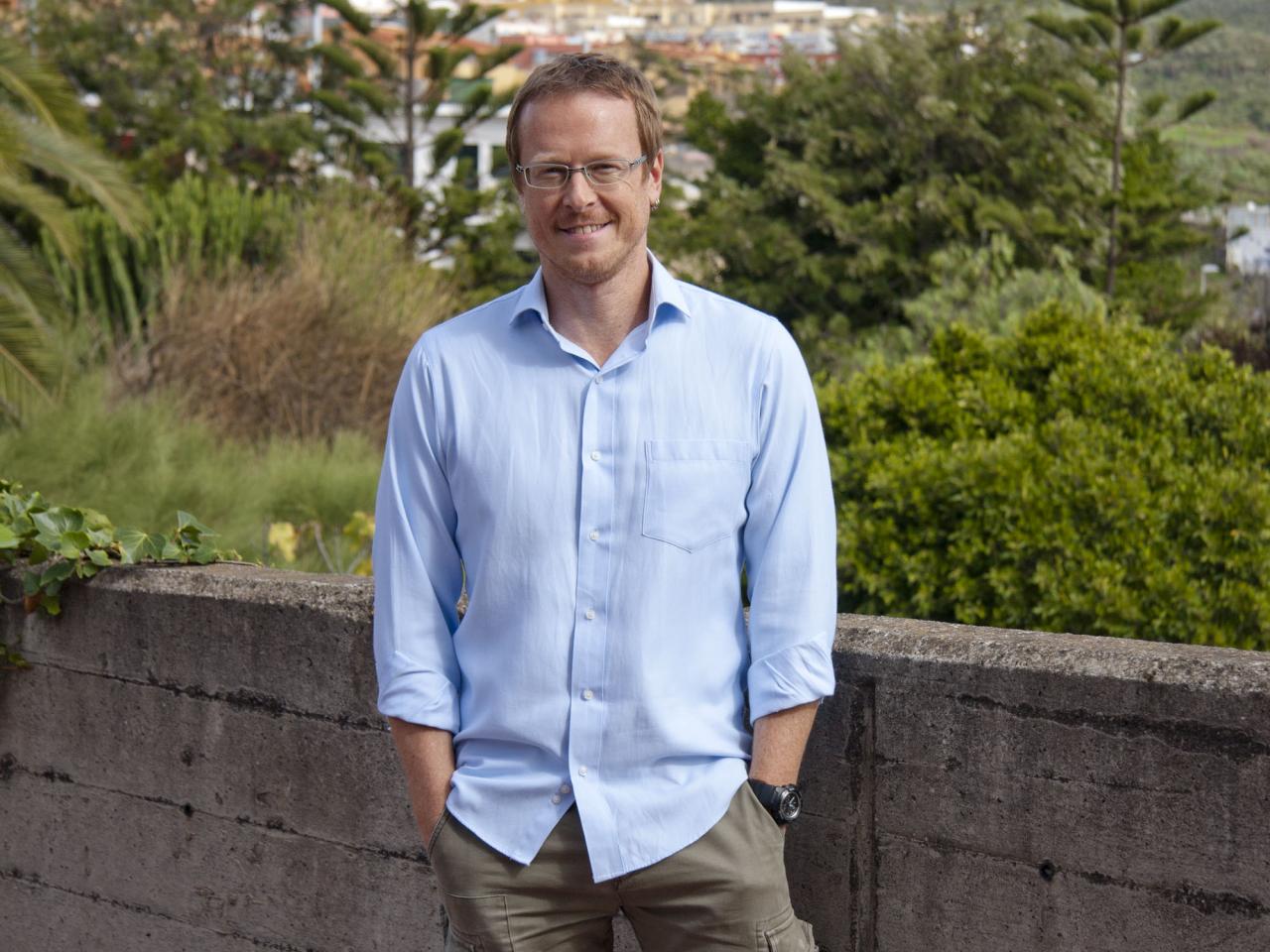 “With TIMER we could demonstrate a very beautiful idea: If we measure the ages of the stars that were born in the bar via the secular evolution processes, we can estimate when the galactic disc settled into a dynamically mature state”

“With the TIMER demonstration programme we have already shown for one galaxy that secular evolution started 10 billion years ago, and that the structure thus formed is actually old”

On nights which are sufficiently dark, we can observe a starry strip that runs across the sky from side to side. This is the arm of our Galaxy, because (rather like people) spiral galaxies like our own have huge arms, which are linked via a central bar of stars. But why don’t all galaxies have this structure? And why do some of them develop it earlier than others? Maybe Dimitri Gadotti, Astronomer of the European Southern Observatory (ESO), can give us the answer as he is Principal Investigator (IP) of the TIMER project. The objective of this international program is to calculate the epoch when the bars of the galactic disks were formed, the structures that are formed when they are dynamically settled. And to understand how galaxies were formed and evolved throughout cosmic history this aspect is crucial. Dimitri Gadotti has set up this project during his visit to the IAC in the framework of the Severo Ochoa Program, which aims to foster, among others, collaboration between the scientific communities of prestigious institutions.

Question: What was your collaboration about during your last visit at the IAC (people, research groups, etc)? What topics did you work directly?

Answer: I had many meetings and informal discussions throughout my visit with Jesus Falcón Barroso and Inma Martinez-Valpuesta, both researchers at the IAC and part of the TIMER team (Time Inference with MUSE in Extragalactic Rings). Their expertise was not only extremely helpful but actually fundamental to define our methodology, our strategy to analyse the data, as well as how we can interpret it in the context of the study of galaxies. This was very important, first because the collection of data was completed just before my visit to the IAC so the visit was very timely, and second, because MUSE, the spectrograph of ESO's Very Large Telescope (VLT), provides an amount of detail that is unprecedented, and we had to rethink the data analysis strategies commonly used in previous studies. The visit was very productive to set the project on track.

A: The physical processes that shape galaxies as we observe them today, i.e. that fundamentally affect their evolutionary histories, can be separated into two groups: external processes and internal processes. External processes include collisions with other galaxies whereas internal processes are mostly a result from galaxies reaching toward a state of dynamical equilibrium. Most disc galaxies like our own Milky Way have bars, which are elongated structures composed of a significant fraction of the stars in the disc. Bars alter the dynamics of stars and gas inside galaxies and drive what is commonly called secular evolution processes.

One of the most important effects from bars is a redistribution of angular momentum across the galaxy. This means that many stars are pushed in different directions across the disc and in particular a lot of gas is pushed to the inner regions of the disc. At some point this gas gets compressed and the result is that a significant number of new stars are formed in the central region of the galaxy. So bar-driven secular evolution processes are very important in the evolution of galaxies. Bars really produce a revolution in the life of their host galaxies. So in order to understand well how galaxies came to be the way we observe them today we must understand well the effects driven by bars.

Q: And what relation has TIMER project, mentioned above, with all this?

A: A couple of years ago, we had a MUSE Science Verification programme approved with which we could demonstrate a very beautiful idea. If we can measure the ages of the stars that were born from gas brought to the centre by the bar via the secular evolution processes I described above, then we have an estimate of the age of bar. However, a bar only forms when the galactic disc has settled – and usually right after that --, so the age of the bar is also an estimate for when the galactic disc settled into a dynamically mature state. Understanding when galactic discs settled is fundamental to understand galaxies and a key parameter for theories of galaxy formation and evolution. With TIMER we are doing this for a sample of galaxies to understand how the disc-settling times vary with galaxy properties such as their masses. We have already collected data from 18 galaxies and the analysis it is actually going very fast.

Q: In the talk you gave at the IAC you mentioned the present situation of research into the secular evolution of galaxies in which apparently there are some contradictions between the theoretical models and the observations. Could you explain in detail what these are?

A: Galaxies are extremely complex and there are a number of important processes that we still need to understand better. In addition, all these processes may happen at the same time to some extent, so it’s a mistake to interpret observations in the light of only one set of processes. One has to consider all possible processes that may lead to the observed properties. For example, galaxies may interact with other galaxies, collect gas from their environment or lose gas to it, depending on a number of factors. Not seeing the complexity of everything that can alter the life of a galaxy sometimes leads to misconceptions. A common misconception is that bar-driven secular evolution happens only late in the history of the universe, and only leads to the formation of young stellar components. That’s simply not true. With the TIMER demonstration programme we have already shown for one galaxy that secular evolution started 10 billion years ago, and that the structure thus formed is actually old.