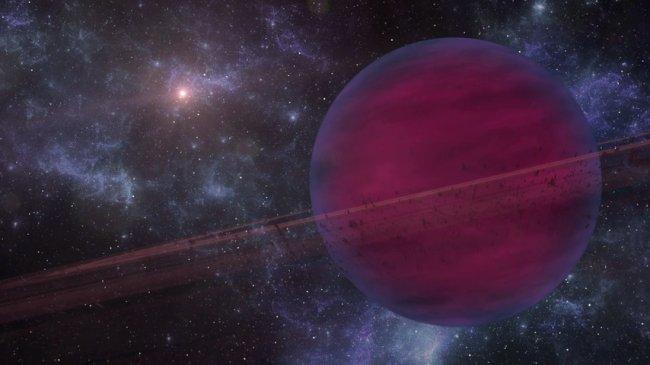 "Planetary Systems" is the second in an audiovisual series produced by the Institute of Astrophysics of the Canaries (IAC) in which its main lines of research are explained. In this video researchers and engineers give the key points about the study of exoplanets (planets orbiting stars other than the Sun) and of the minor bodies of the Solar System (asteroids and comets), which is an unprecedented intellectual and technological adventure seeking to resolve questions such as: Is the Earth unique? Is there life on other planets?

Up to only two decades ago our list of known planets began with Mercury and ended with Pluto. It was assumed that other planets ought to exist (around other stars) in huge numbers, but the technology to discover them did not exist. However in 1995 researchers found a method of indirect detection which allowed them to discover the first planet orbiting a star other than our Sun. A new field of astronomical research was born, dedicated to the search for, and the study of exoplanets (or extrasolar planets).

Starting from this discovery, exoplanets have been found in numbers so big that there are now thousands of candidates and the number is growing every day. New methods of detection and a new generation of telescopes and advanced instrumentation are starting a genuine revolution in our knowledge not only of the origin, the formation and the evolution of planetary systems, but also about one of the questions most important to humanity. Are we alone in the universe?

The IAC has been one of the pioneering centres in exoplanet research. It was one of the first institutions to make a systematic search for extrasolar planets. It also participated actively in CoRot, the first satellite dedicated to this research, and thanks to data from CoRot the IAC has led a number of high impact discoveries. At the present time the IAC is participating in the majority of the international projects dedicated to the development of instrumentation for the detection of exoplanets, both on ground based telescopes, and in space. The GTC, the best and the most advanced optical and infrared telescope in the world is one of the privileged “allies” of the IAC, from its observatory on the Roque de los Muchachos, La Palma, in order to maintain its leading positions in this field of research.

This video had its pre-showing last September in La Palma, as part of the exhibition “Lights of the Universe” produced to celebrate the 30th anniversary of the inauguration of the Canary Island Observatories. In the video we see the researchers Hans Deeg, Enric Pallé, Javier Licandro, Roi Alonso, Rafael Rebolo, Carlos Allende, Jonay González, Víctor Sánchez Béjar, Pilar Montañés, Julia de León, the engineer Ana Fragoso, and the doctoral student Alejandro Suárez. The technical team which made the video was formed by Iván Jiménez (script and direction), Inés Bonet (camera, editing and postproduction), Daniel López (camera Dolly and timelapse) y Nayra Rodríguez (production).

The IAC in five videos

The making of these videos has been coordinated by the Unit of Communication and Science Culture (UC3) of the IAC, with funding from the Severo Ochoa programme, and initiative of the Secretariat of State for Research, Development and Innovation of the Ministry of Economics and Competitivity, whose aim is to promote excellence in Spanish research in all the fields of science. These audiovisual films were made in the framework of those objectives of the programme designed to popularize the results of research, bringing them to the general public, and to encourage young people to take up scientific careers.

Each video is a mosaic of voices in which the team itself is the narrator, acting as a single, clear, close and accessible voice. The testimonies not only provide information, but express opinions and speculate about the big questions that still exist about our universe. In the video locations are also particularly important, since the protagonists are located in places that show their daily work and are part of the infrastructure and services that make the IAC a center of excellence of international standing.

Related press release: The IAC describes its lines of research in five videos