Region of the sky in which the neutrino emitting source is located. Credit:
Advertised on
27/02/2018

There are galaxies in the Universe, called active galaxies (AGN), that beside the visible light from the stars, emit large amount of radiation at all frequencies, from radio to gamma-rays. The physical processes taking place in the nuclei of active galaxies are so extreme that produce many highly energetic particles, including neutrinos. These are the most abundant subatomic particles in the universe. They are everywhere but are highly elusive. Although the Earth is under constant bombardment by neutrinos, which travel at almost the speed of light, we can neither see nor feel them. They have been called “ghost particles” because they almost never interact with other matter, but even so they are fundamental for our understanding of the laws of physics. The detection of neutrinos requires very special instrumentation, such as that in the IceCube experiment, installed at the South Pole, which embeds its detectors inside an ice cube 1 km wide, 1 km long, and 1 km deep, a large volume that is able to interact with this type of particles.

On 22 September 2017 researchers at the IceCube observatory announced the detection of an extremely energetic neutrino coming from somewhere outside the Milky Way. The news spread out rapidly, starting a race to identify the source responsible for this emission. The FERMI satellite and the MAGIC telescope at the Roque de los Muchachos Observatory (Garafía, La Palma) were among the first to look for sources that could have emitted the neutrino in the expected region of the sky. They detected gamma-rays emission from the active galaxy TXS 0506+056, located in a direction consistent with the event of the neutrino emission, making this otherwise anonymous active galaxy as the most probable counterpart of the neutrino event. However, the distance of this AGN was not known, so that it was not possible to measure the absolute brightness of the source, and therefore deduce the physical processes giving rise to the emission of the neutrinos.

To measure the distance, spectroscopic observations from “conventional” telescopes were needed, but all the attempts failed because the optical signal was too faint. For this reason, a team of researchers led by the astrophysicist Simona Paiano, of the Observatory of Padova belonging to the INAF (Istituto Nazionale di Astrofisica) and by Riccardo Scarpa, staff astronomer at GTC, decided to observe this source with the largest optical-infrared telescope in the world, the GTC in La Palma. The results were recently published in The Astrophysical Journal.

“Thanks to the enormous light collecting area of the GTC and after several hours of observation we managed to detect features typical of the emission by ionized gas in the galaxy, and thereby determine its distance” explains Paiano. This way researchers were able to locate the active galaxy at a distance of 6,000 million light years from the Earth. “We saw the faint emission from the gas where others had not seen anything, a result which would not have been possible without the power of the GTC and the experience of its staff” adds Scarpa.

“The possible association of a source as an emitter of extremely high energy neutrinos, situated thousands of millions of light years away opens a new astronomical window for studying the high energy universe, using messengers other than light” concludes Simona Paiano. 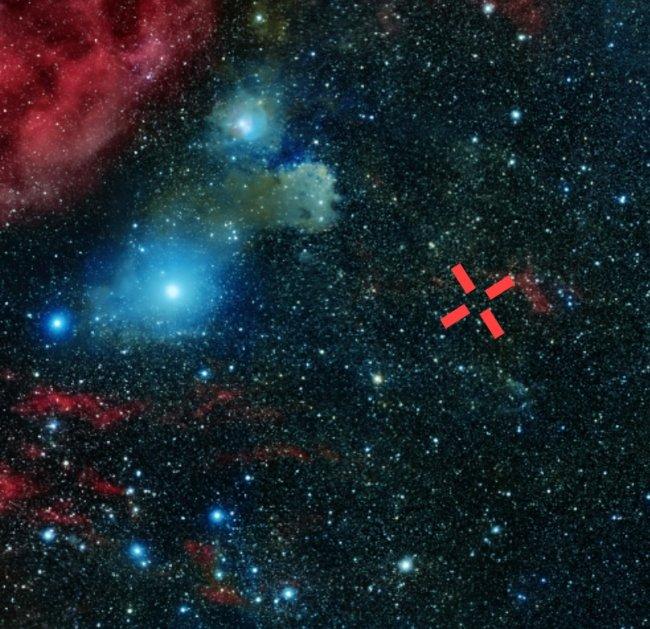