The “gold and black” basketball club yesterday presented its strip designs, inspired by the Canary sky, at an publicity event held at the Aguere Cultural Centre (La Laguna, Tenerife). The Instituto de Astrofísica de Canarias (IAC) and the sports club will hold various events during the season to promote knowledge of astronomy among its fans and its members. Lenovo Tenerife will play three matches in the Endesa League with the “Orion” version of its strip.

The Instituto de Astrofísica de Canarias (IAC), and the basketball club Lenovo Tenerife have joined forces this season to publicize the value of the Canary sky. The most representative result of this collaboration has been the design of three sports kits, with which the team will play its regular matches in the Endesa League. News of this was released yesterday, Monday 5th September, in an act celebrated in the Aguere Cultural Centre (La Laguna, Tenerife) with the presence of players, councillors, and fans of the Canary club, as well as the management of the IAC. The Tenerife actor and humorist Aarón Gómez acted as master of ceremonias during the presentation.

The first and second playing strip, black (at home) and yellow (away) show some of the constellations visible from the Canaries. The third shows a region of the constellation of Orion, obtained from the Teide Observatory, in which we can see the three blue giant stars of Orion’s belt, Mintaka, Alnilam, and Alnitak, as well as the Flame nebula and just below it the famous dark Horsehead nebula. Also featured is the great Orion nebula (M42), one of the nearest and most studied reagions of star formation, visible to the naked eye in dark skies suchas those of the Canaries.The players will dress in this latter outfit in at least three matches during the present season, against Bilbao Baket, Valencia Basket, and Real Madrid.

The Instituto de Astrofísica de Canarias is very satisfied with this collaboration,which as well as pointing out the value of the unique characteristics of the Canary Sky, will increase the knowledge of the research carried out in the Canary Observatories among society in general via a new channel in the social sphere, sports, which is not normally related to the world of research. In addition, during the coming months a door will be opened to popularize some of the basic concepts of astronomy to a wider public.

The three outfits, which are part of the official catalogue of Austral Sport for the present season, will be on sale at the end of the month in the oficial shop of CB Canarias (both physical and on-line sales). 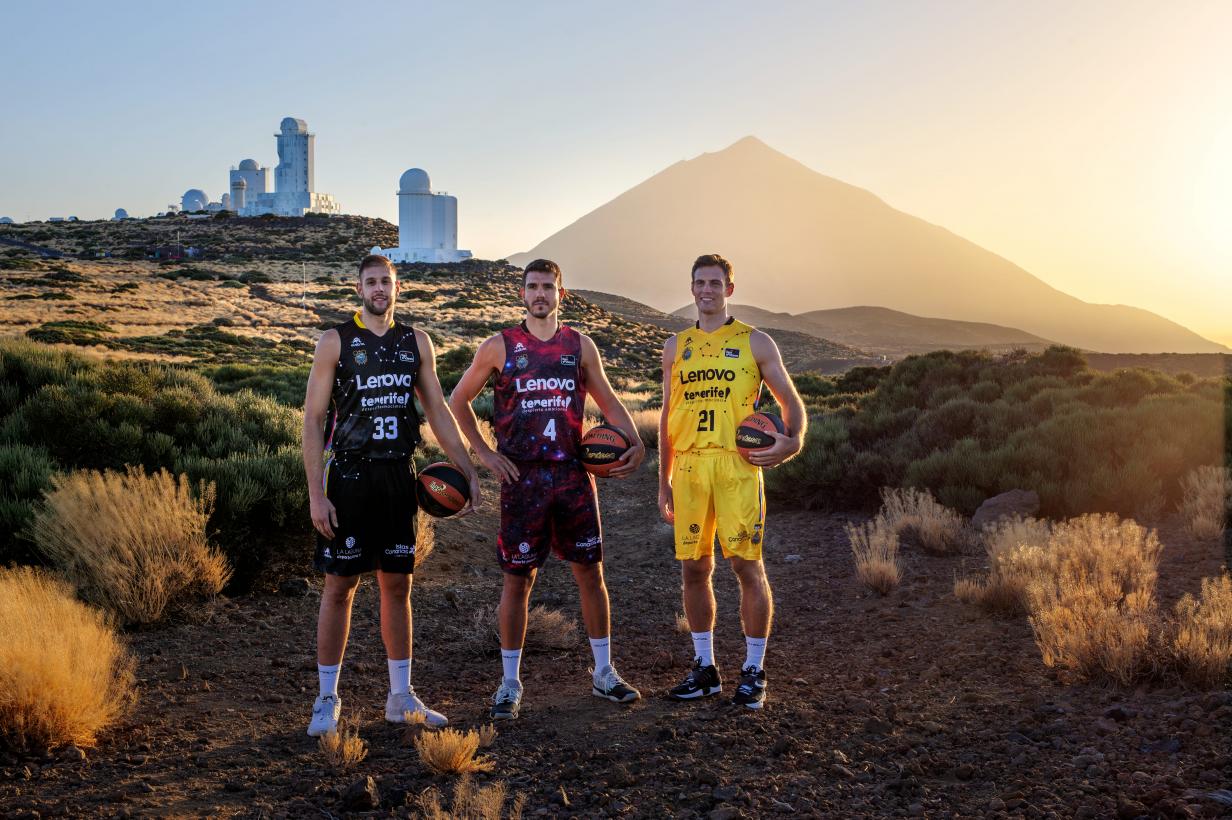