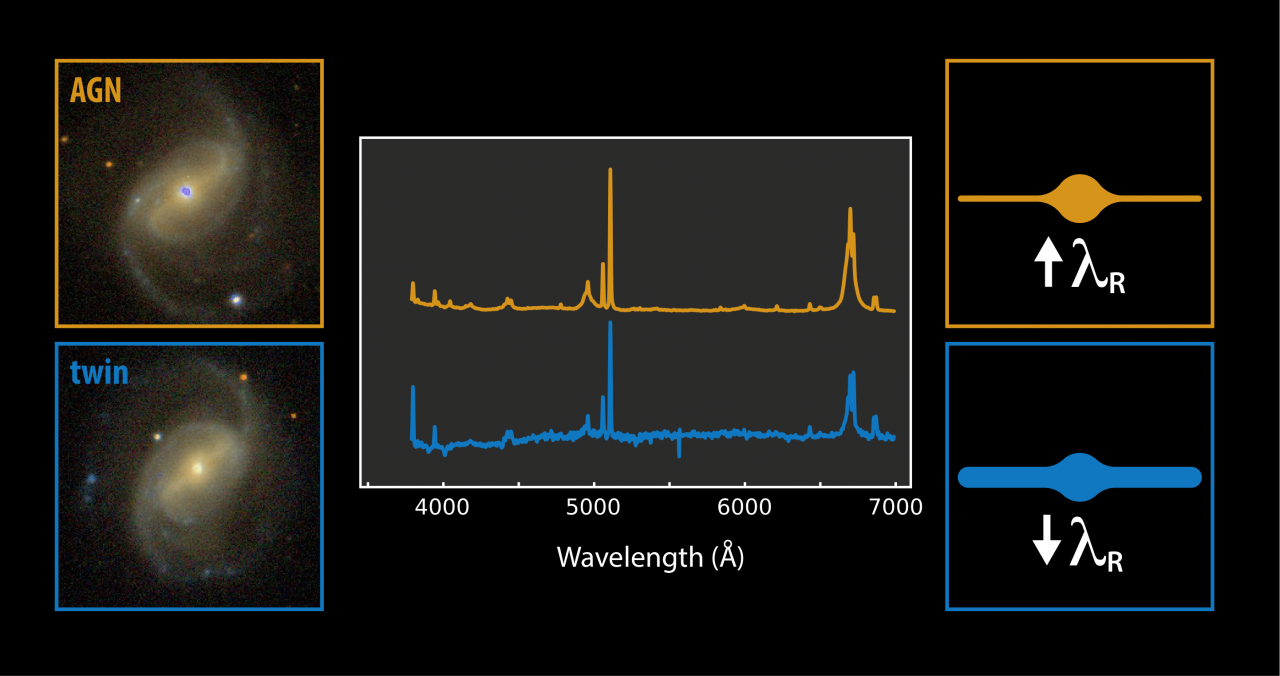 Observational evidences suggest a co-evolution of the central supermassive black holes and their host galaxies. In some of them, the black hole is ingesting the material surrounding it at a very high rate, emitting a large quantity of energy. In those cases we say that the galaxy has an active nucleus (AGN). Studying the mechanisms which control the relation between the active nucleus and the rest of the galaxy is essential to understand how these objects form and evolve, and to be able to throw light on this question we need to compare active and non-active galaxies. Here, we first identify active spiral galaxies, and for each of them we look for a non-active galaxy, which has equivalent global properties, i.e. with the same mass, brightness, orientation, Hubble type and very similar in appearance. We find that in the discs of the active galaxies the rotational motion of the stars is of greater importance and we propose two scenarios. In the first, the explanation would be that it is the trace of the angular momentum transfer between the gas which has fallen into the centre and the material which remains in the disc. The second attributes the difference to the infall of gas from outside, via the capture of small nearby satellite galaxies, in which case, this capture should occur more frequently in the active galaxies. Both scenarios are compatible with this result and they are not mutually exclusive. This is the first evidence for large scale dynamical differences between active and non-active galaxies in the local Universe.