MARÍA ROSA ZAPATERO-OSORIO: “Brown dwarfs can potentially have rocky planets like the Earth in their habitability zones” 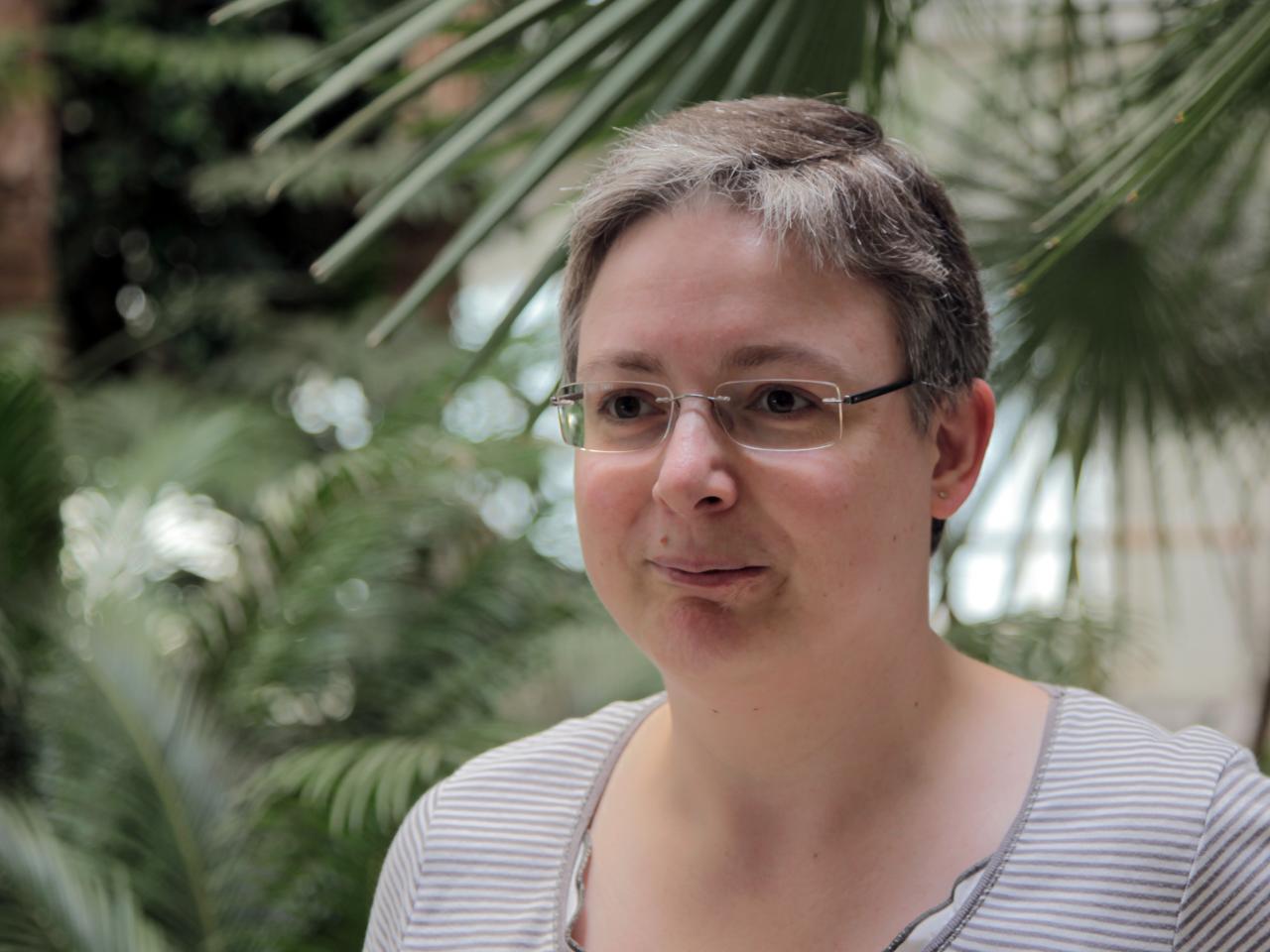 Twenty years ago an exceptional discovery blurred forever the boundary between what we call stars and what we call planets. A star is characterized by producing nuclear reactions in its interior. However in 1995 a group of researchers of the Instituto de Astrofísica de Canarias (IAC), among them Maria Rosa Zapatero Osorio (now at the Centre for Astrobiology (CAB-CSIC-INTA) discovered an object which appeared to be a star, but without sufficient mass to produce significant nuclear reactions.

Although it was given the name Teide-1, the scientists had in fact found a type of object which had been predicted over three decades previously. It was the first brown dwarf, a sort of “missing link” between the stars and the planets, one more piece which was needed to understand stellar evolution and planet formation. Nowadays the study of brown dwarfs is one of the most interesting areas of astrophysics, in particular because they are candidates to harbour planets in their “zones of habitability”, which are the regions in which the water which may be found on an essentially rocky planet would be in a liquid state on its surface. María Rosa is one of the most prestigious specialists at international level in this area, so that her presence at EWASS 2015 is an unequalled opportunity to get to know the key points of these fascinating substellar objects.

Your plenary lecture at the EWASS will be about one of your fields of study, the brown dwarfs. How would you define these objects, and why is it important to study them?

Brown dwarfs are bodies with masses between those of stars and planets, to be precise, between 13 and 75 times the mass of Jupiter (the biggest planet in the Solar System). Their interiors are cool, and they will never reach the temperature sufficient to initiate the fusion of hydrogen, which is the source of energy of stars such as the Sun. As a result, brown dwarfs, like planets, cool down as time goes on. Their physical and chemical properties are more like those of planets than of stars.

What do we know about these objects which, 20 years ago, when they were discovered, we could not have imagined?

Their discovery alone was a big advance. Their existence had been predicted three decades before, but in spite of efforts to find them they “resisted” observers. In the same year two brown dwarfs were discovered with very similar masses, but with very different ages. One was 120 million years old, and the other had about the same age as the Solar System (over four thousand million years). Twenty years ago we could hardly imagine how many of these objects there could be in our Galaxy, how they originated, and whether they could have planets orbiting them. Although we are still not close to drawing definite conclusions, today we know that the number of brown dwarfs is very large, maybe comparable with the number of small stars (which are the most numerous) and that brown dwarfs can harbour protoplanetary discs (the birthplaces of planets).

So are brown dwarfs candidates to harbour inhabitable exoplanets?

Habitability is a concept which still needs a lot of study in a number of different disciplines. We know that there are giant planets orbiting brown dwarfs, and we know also that brown dwarfs can harbour protoplanetary discs, where planets like the Earth can form. There is no doubt that brown dwarfs do have the potential to have rocky planet around them and that some of these may be in the “habitability zone” although this is very close to the brown dwarf, which has certain implications.

What at the main obstacles for astrophysicists who study them. Is it easy to detect and characterize them? What technique do you use?

Brown dwarfs and free floating planets are intrinsically cold and with very low luminosities. This makes their light very faint, and to characterize them we need very big telescopes, and instruments which work at specific wavelengths in the infrared (which cannot be seen by the human eye). We can say that at the moment we are pushing to the limit the capabilities of the biggest telescopes (such as the GTC). We need infrastructures with even bigger collecting areas, and observations from space, for all the projects which we envisage.

Are the mechanisms for forming thes objects well known? What is the presently accepted theory?

We don’t know well the formation processes of brown dwarfs, and freefloating planets. It is one of the mayor mysteries of this field of research. They may originate by the collapse and fragmentation of molecular clouds, in a process similar to that of star formation, or they may be born in discs around stars. Some brown dwarfs and planets formed in these discs might be thrown out by dynamical interaction in the planetary systems themselves. There may of course be mechanisms of which we have not yet thought.

How do brown dwarfs evolve? What are the processes which affect their evolution?

Brown dwarfs, and free floating planets, start their lives at relatively high temperaturas, and sizes several times that of Jupiter. As time goes on they cool down and shrink because of their own gravity,  (there are no nuclear reactions in their interior, they lack the energy needed to reach thermodynamic equilibrium which would stop them from shrinking). In the end brown dwarfs become bodies with very low luminosity, at temperatures similar to that of Jupiter and volumes similar to Jupiter’s. Brown dwarfs which are as old as the Solar System are about the same size as Jupiter, but tens of times denser. Although this is a theoretical scenario, there are observations which support this picture of their evolution.

What is left to study about these objects?

In a field so young, it is barely 20 years old, there are many unanswered questions of almost every type (formation, evolution, atmospheric and interior structure, whether they occur only singly or in multiple systems, how many of them have planets...). Some questions are limited by present day technology, and we will need to wait for the next generation of telescopes such as the European Extremely large Telescope (E-ELT), and the James Webb Space Telescope (JWST).