(From left to right) Thomas Augusteijn, Director of the Not, Ulrik Uggerhøj, head of the Department of Physics and Astronomy at the AU, and Kalle-Antti Suominen, Vice Rector for Research at the UTU.
Advertised on
01/10/2019
Authors
SCIENCE COMMUNICATION AND OUTREACH UNIT
Headquarter
Roque de los Muchachos Observatory

The Universities of Turku (UTU) and Aarhus (AU) are the new owners of the Nordic Optical Telescope (NOT) situated in the Roque de los Muchachos Observatory (ORM). The two institutions take over from the Nordic Optical Telescope Scientific Associations (NOTSA), a non-profit organization created in January 1984 by the Reseearch Councils of Denmark, Finland, Sweden and Norway, with the later incorporation of Iceland, in 1997.

Due to changes in the law, on April 1st 2019 NOTSA and the above universities signad an agreement to hand over the NOT, which started the process of the transferring the installations and the operation of the telescope. As part of this process, delegations from the UTU and the AU travelled to La Palma to take part in a simple act, at the ORM, consisting in the unveiling of two plaques with the logos of the two institutions, which symbolizes a new phase for the Nordic telescope.

The ceremony began with a speech by the director of the NOT, Thomas Augusteijn  who gave a brief overview of the history of the telescope, and of the path to sealing the transfer agreement, thanking the signatory universities “their great interest in facilitating the continuity of the telescope”. He also expressed his positive feeling that the telescope “continue to produce science for the nordic countries and for the world in general”. He emphasized that the UTU and the AU had “not only acquired a great telescope, but also an outstanding working staff. This new phase” he added “ will not diminish the project, but will enrich it even further”.

The following speech was by Kalle-Antti Suominen Vice Rector for Research of the University of Turku, whose university is taking over the ownership of the telescope itself and of the rest of the installations. Kalle-Antti Suminen expressed his great pleasure that “we are putting the telescope in the hands of the astronomical community. For us”  he said “ this is a way to complete a circle, because the primary mirror of the NOT was made in Turky 30 years ago”. The Vice Rector of the UTU added that “ we are very happy to be partners, from now on, of the Instituto de Astrofísica de Canarias (IAC) with which we will soon sign the agreement which allows us to be here:”

Ulrik Uggerhøj, Head of the Department of Physics and Astronomy at the University of Arrhus closed the act with a speech in which he bid welcome to all the staff of the telescope to his institution, which will from no won be in charge of the operation of the NOT. He also explained that his department was “putting a strong emphasis on astronomy, which we are now reinforcing with the incorporation of the Nordic Optical Telescope”. The Danish scientist noted that the participation of the AU in the NOT project is generating “great expectations which are of three kinds: friendship, results, and fruitful collaboration”.

As well as the delegations mentioned above, there were also present at the ceremony Seppo Mattila, the Finish representative on the Internatonal Scientific Committee (CCI) of the Canary Islands Observatories, Javier Licandro, Coodinator of the Research Division of the IAC, Mark Balcells, Director of the Isaac Newton Group of Telescopes (ING), Antonio Cabrera, head of operations of the Gran Telescopio Canarias (GTC), Paolo Calisse, adminstrator of the Cherenkov Telescope Array (CTA) in the northern hemisphere, Patricia Márquez, the coordinator in La Palma of the Large Size Telescope (LST), Robert Smith and Stuart Bates, project scientist and engineering manager, respectively, o the Liverpool Telescope (LT), Juan Carlos Pérez Arencibia, the administrator of the ORM, and scientific and technical personnel from the NOT itself, and from other user institutions of the observatory.

Press release of the University of Turku 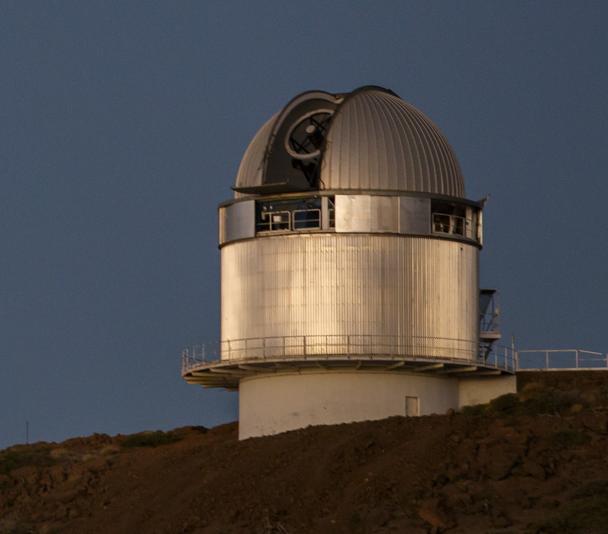