Equinox in Petra: Land- and Skyscape in the Nabataean Capital

Advertised on:
6
2020
Description
In earlier works, we had shown the actual possibility that the Nabataeans had used the Equinox, or an astronomical event equivalent to this, as an important milestone to control the calendar, stablish festivals and perform pilgrimages to important sacred sites. In this paper we present evidence that this was indeed the case. In a research carried out in Petra in March 2018, equinoctial phenomena were observed and tested at the Urn Tomb, the Obelisks at Jabal Madbah and the sacred area of Al Madras, showing that the actual astronomical Equinox could be observed together with other related phenomena such as the midday between the solstices. Besides, this campaign was used to obtain data in various isolated places in Petra seldom visited by the general public such as the Obodas Chapel, Sidd al Ma'jin, Parcak's Platform, or the sacred areas on top of Umm al Biyara. These little known monumental sites have also provided interesting results that are described and discussed in this paper.
Related projects 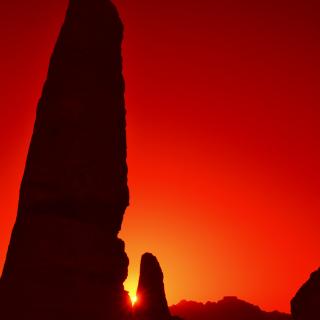