Advertised on:
10
2021
Journal
Astronomy and Astrophysics
Description
Context. Spectroscopic observations of the emission lines formed in the solar transition region commonly show persistent downflows on the order of 10−15 km s−1. The cause of such downflows, however, is still not fully clear and has remained a matter of debate.
Aims: We aim to understand the cause of such downflows by studying the coronal and transition region responses to the recently reported chromospheric downflowing rapid redshifted excursions (RREs) and their impact on the heating of the solar atmosphere.
Methods: We have used two sets of coordinated data from the Swedish 1 m Solar Telescope, the Interface Region Imaging Spectrograph, and the Solar Dynamics Observatory for analyzing the response of the downflowing RREs in the transition region and corona. To provide theoretical support, we use an already existing 2.5D magnetohydrodynamic simulation of spicules performed with the Bifrost code.
Results: We find ample occurrences of downflowing RREs and show several examples of their spatio-temporal evolution, sampling multiple wavelength channels ranging from the cooler chromospheric to the hotter coronal channels. These downflowing features are thought to be likely associated with the returning components of the previously heated spicular plasma. Furthermore, the transition region Doppler shifts associated with them are close to the average redshifts observed in this region, which further implies that these flows could (partly) be responsible for the persistent downflows observed in the transition region. We also propose two mechanisms - (i) a typical upflow followed by a downflow and (ii) downflows along a loop -from the perspective of a numerical simulation that could explain the ubiquitous occurrence of such downflows. A detailed comparison between the synthetic and observed spectral characteristics reveals a distinctive match and further suggests an impact on the heating of the solar atmosphere.
Conclusions: We present evidence that suggests that at least some of the downflowing RREs are the chromospheric counterparts of the transition region and lower coronal downflows. Movies associated to Figs. 1-3, 8, and 10 are available at https://www.aanda.org
Related projects 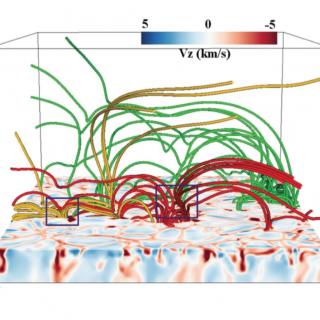 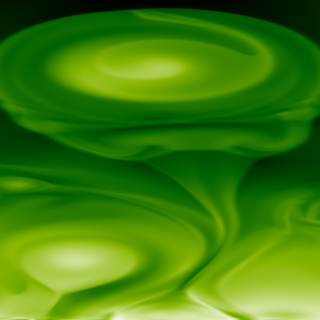 The general aim of this project is the investigation of astrophysical processes through the use of state­of­the­art numerical codes on massively parallel computers. More specifically, the research in many astrophysical fields requires an understanding of gas dynamical, magnetic, radiative transfer and gravitational phenomena not accessible to