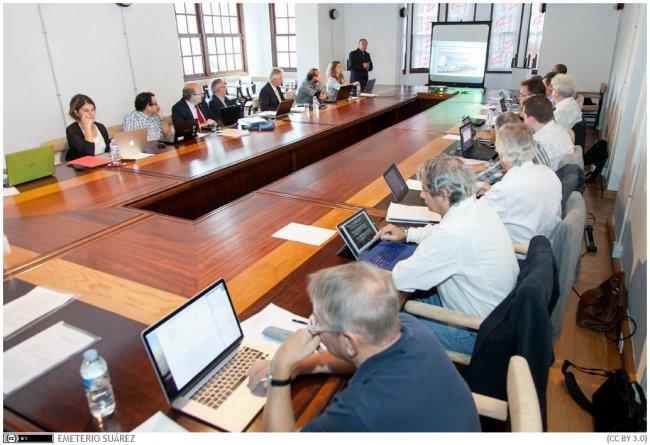 The operation and policies of the “Observatorios de Canarias”, which celebrated their 30th Anniversary this year, were discussed by its CCI  (International Scientific Committee) during a meeting held in the La Laguna University yesterday, Tuesday November 17, in Tenerife. All of the signatory parties to the International Treaty “Agreement on Cooperation in Astrophysics”  are members of this committee and through it have a say in the discussion and adoption of agreements affecting these Observatories.

Apart from the regular business, a series of reports were presented on the operation and plans of the Telescopes as well as a detailed discussion of possible new members and installations. The next meeting will be hosted by the University of Aarhus, in Denmark, which is leading the Stellar Oscillations Network Group whose prototype is already in operation at the Teide Observatory.