CLASP has a successful mission 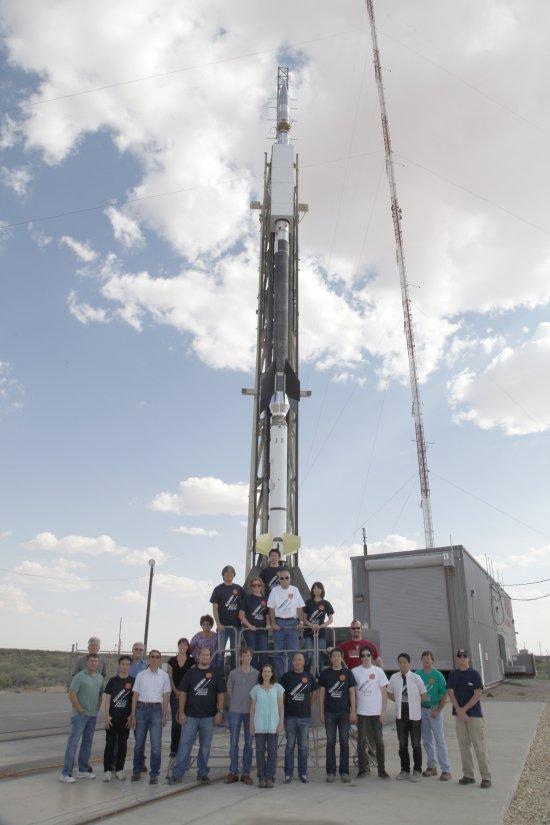 CLASP (Chromospheric Lyman-Alpha Spectrometer) is a pioneering international project which has measured for the first time the polarization of the ultraviolet (UV) radiation from the Lyman-alpha line of Hydrogen in the Sun, which can be observed only from above the Earth's atmosphere. The instrument, launched on September 3rd from the White Sands Missille Test Ranage (New Mexico, USA) achieved a height of 300 km above the Earth's surface, and while it was moving along its parabolic path observed for 5 minutes a quiet region of the solar atmosphere. The CLASP team described as "excellent" both the quality of the images of the upper solar chromosphere, from where the observed UV radiation is emitted, and also the spectra obtained.

We hope that this relatively low cost experiment " Javier Trujillo Bueno, Research Professor of the CSIC at the Instituto de Astrofisica de Canarias (IAC) and one of the four Principal Investigators on CLASP comments from the US "will facilitate the development of space telescopes designed to make precise observations of the intensity and the polarization of the UV spectrum of the Sun and of other stars, which will open a new research window in astrophysics".

During the coming months the international team running the project, among which there are scientists from the IAC funded by the Spanish national project "Solar Magnetism and Spectropolarimetry in Astrophysics" will study in detail the data obtained. One of the objectives is to obtain clues which can help to improve our understanding of the mysterious transition region between the chromosphere and the corona of the Sun, where in barely 100 km of height the temperature shoots up by hundreds of thousands of degrees, and the plasma changes from partially ionized to fully ionized.

The Principal Investigators on the CLASP Project are: