CLASP2.1: a new suborbital space mission for mapping the magnetic field of the solar chromosphere

The region of the solar disk observed by CLASP2.1. The white rectangles in the lower right inset images of both panels indicate the area where the intensity and polarization of the ultraviolet radiation has been measured. Credit: CLASP2.1.
Advertised on
18/10/2021 - 11:10

In 2015 and 2019 an international team (USA, Japan and Europe) carried out two unprecedented suborbital space experiments called CLASP and CLASP2, which were motivated by theoretical investigations carried out at the IAC. After the success of such missions, the team has just launched CLASP2.1 from the NASA facility in White Sands Missile Range (New Mexico, USA). The aim is to map the solar magnetic field throughout the chromosphere of an active region. To this end, CLASP2.1 has successfully measured the intensity and polarization of the solar ultraviolet radiation emitted by magnesium and manganese atoms, which can only be observed above the Earth’s atmosphere.

Sounding rockets carry instruments into space for only a few minutes before falling back down to Earth, but they allow to achieve new scientific breakthroughs and discoveries at a relatively low cost. This is what the previous CLASP and CLASP2 missions did while opening a new exploration window in solar and stellar physics: ultraviolet spectropolarimetry. By measuring the polarization (a property of the electromagnetic radiation related to the orientation of its electric field) that some physical mechanisms introduce in the ultraviolet radiation emitted by the hot plasma of the solar chromosphere, it is possible to obtain information on the geometry of the plasma and its magnetism. The chromosphere is a key region of the solar atmosphere where  magnetic forces start to dominate the behavior of the plasma. With an extension of a few thousands kilometers, the chromosphere is located between the relatively cool and thin photosphere and the very extended and extremely hot corona.

The Chromospheric LAyer Spectro-Polarimeter 2.1 (CLASP2.1) is the third trip of the CLASP instrument to space. In 2019 CLASP2 could measure for the first time the polarization of the ultraviolet radiation emitted by the magnesium ions and the manganese atoms of the solar chromosphere, from which the magnetic field could be determined at each position along a fixed direction on the solar disk.

The aim of CLASP2.1 is to obtain a full map of the magnetic field that permeates the chromosphere of active regions, such as that shown in figure 1. To this end, on 2021 October 8 CLASP2.1 scanned the area indicated in the figure, measuring the intensity and polarization of the emitted ultraviolet radiation at each spatial point. A video of the CLASP2.1 observation can be seen at the end of this press release.

The CLASP sounding rocket experiments represent a milestone in astrophysics. They have demonstrated that the theoretically predicted polarization signals can be measured with today’s technology and that they allow us to determine the magnetic field throughout the whole solar chromosphere, including the base of the super-hot corona. “Space agencies worldwide can now be sure that the development of space telescopes equipped with instruments like CLASP would lead to major new advances and discoveries in solar and stellar physics”, comments Javier Trujillo Bueno, one of the four principal investigators of these pioneering space experiments.

The Principal Investigators of the CLASP-2 project are:

* The IAC participation in CLASP2 receives funding from the European Research Council (ERC) under the European Union’s Horizon 2020 research and innovation programme (Advanced Grant agreement No. 742265). 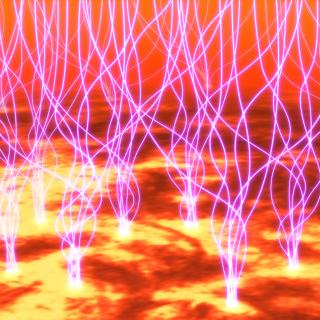 Every day space telescopes provide spectacular images of the solar activity. However, their instruments are blind to its main driver: the magnetic field in the outer layers of the solar atmosphere, where the explosive events that occasionally affect the Earth occur. The extraordinary observations of the polarization of the Sun’s ultraviolet light achieved by the CLASP2 mission have made it possible to map the magnetic field throughout the entire solar atmosphere, from the photosphere until the base of the extremely hot corona. This investigation, published today in the journal Science 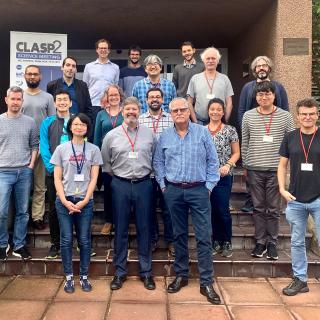 Press release
Scientists from the US, Japan and Europe meet to discuss the results of the CLASP-2 experiment

CLASP and CLASP2 are opening a new window for the investigation of magnetism in solar and stellar physics. In 2008 an international team of solar physicists started a novel project of space experiments. By means of telescopes and instruments launched on board of NASA suborbital rockets, unprecedented measurements of the polarization of the ultraviolet light emitted by the Sun in several atomic lines were performed. Such spectro-polarimetric observations are needed for obtaining information on the magnetic field in the enigmatic chromosphere-corona transition region of the solar atmosphere 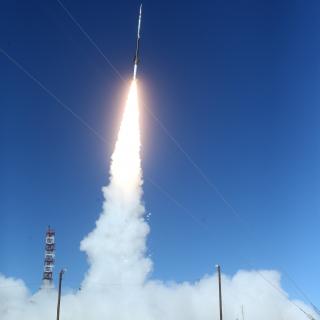 Four years ago, an international team (USA, Japan and Europe) carried out an unprecedented suborbital space experiment called CLASP-1, motivated by theoretical investigations carried out at the IAC by Javier Trujillo Bueno and his research group. After the outstanding success of that mission, a few days ago NASA has launched CLASP-2. 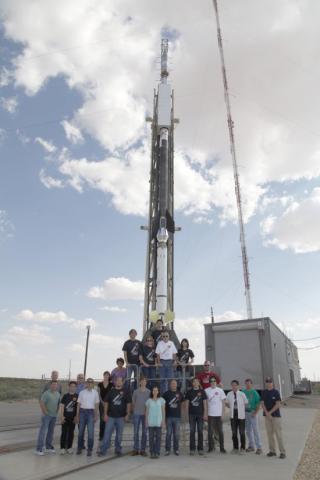 Launched on a NASA sounding rocket, CLASP managed to measure for the first time the polarization of the solar ultraviolet Lyman-alphs radiation emitted by Hydrogen as it was moving 150 km above the Earth's surface on its parabolic trajectory. 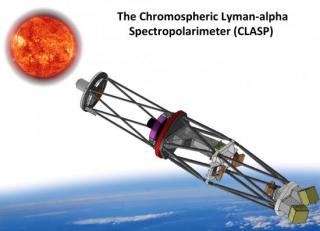 Press release
CLASP, a pioneering project to study the magnetic field of the solar chromosphere.