Image of Stephan's Quintet composed from JWST data using the NIRCam and MIRI instruments. Of this group of five galaxies, NGC7319 (above) is one of the active galaxies studied in the paper. Credit: NASA, ESA, CSA, STScI
Advertised on
11/10/2022 - 10:30
Authors
SCIENCE COMMUNICATION AND OUTREACH UNIT

Research led by the University of Oxford and with the participation of the Instituto de Astrofísica de Canarias (IAC) has succeeded in studying, for the first time, the tiny dust molecules known as polycyclic aromatic hydrocarbons (PAHs) in the nuclear region of luminous active galaxies. This work is one of the first studies to use spectroscopic data from the James Webb Space Telescope's (JWST) mid-infrared instrument (MIRI).

Observing PAH molecules in the innermost regions of the galaxy is one of the best ways to study the influence of the central black hole in the evolution of the host galaxy. In these nuclear regions, other tools for measuring new star formation, mainly in the visible light range, have their limitations. This is because the dense clouds of gas and dust in the hearts of active galaxies absorb a large fraction of visible light and so obscure activity. Infrared light however is practically unaffected by dust and so allows a much clearer view of the central region.

"The JWST MIRI provides us with a fantastic opportunity to observe galaxies in a way that just hasn’t been possible up until now," explains Ismael García Bernete, researcher at the University of Oxford who has led the study and did his PhD at the IAC. “PAH molecules are of particular interest as, abundant in space, they are among the most widespread organic molecules in the Universe. They are considered important building blocks of prebiotic compounds, which could play a key role to the origin of life."

PAHs are also important astronomical tools. They produce extremely bright emission bands in the infrared, when they are illuminated by stars, enabling astronomers to trace not only the star-formation activity but also use them as sensitive barometers of the local physical conditions in the interstellar medium. They are therefore key to understanding how galaxies form and evolve.

The group used JWST’s cutting-edge instruments to characterise, for the first time, the PAH properties in the nuclear region of three luminous active galaxies. To do so, they compared the observations with theoretical predictions for these molecules. The PAH models were developed by the group led by Dimitra Rigopoulou,  researcher at the University of Oxford, and the Physical Chemistry group at the same university.

Where previous work predicted the destruction of the PAH molecules in active galaxies, the study reveals that somewhat surprisingly, PAH molecules can actually survive in the vicinity of the black hole – even where very energetic photons could potentially rip them apart. One reason that could explain this could be that the molecules are protected by large amounts of molecular gas in the nuclear region.

New data about the inner regions of active galaxies

"We were expecting to confirm that the presence of a black hole indeed affects the properties of the PAH molecules but we were excited to also find that PAH molecules can actually survive even in these extremely harsh conditions," continues Rigopoulou. This research is of great interest to the wider astronomy community, particularly for teams studying from the formation of planets and stars to the most distant and faintest galaxies.

"The work confirmed that supermassive black holes have a significant impact on PAH molecules which brings severe limitations to the use of PAH molecules in probing how rapidly an active galaxy makes new stars," explains García Bernete. "In particular, the impact is stronger close to the central black hole where the properties of these molecules are very different to those present at greater distances from the active galactic nucleus."

"Acquiring reliable knowledge about PAH molecules is key, especially for environments extremely rich in gas and dust where traditional diagnostics usually fail due to the high obscuration present," notes Cristina Ramos Almeida, researcher at the IAC who has participated in the study, and concludes: "The next step is to look at more galaxies to study a representative population of active galaxies. This is our next goal within the international GATOS (Galactic Activity, Torus and Outflow Survey) collaboration. This will enable us to better understand the suitability of these molecules for investigating star formation in active galaxies and how it depends on the properties of the central 'monster'."

Press release from the University of Oxford 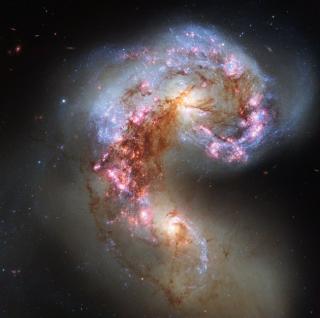 A study led by the researcher of the Instituto de Astrofísica de Canarias (IAC) Ana Monreal Ibero proves the presence of (probably) organic molecules in galaxies beyond the Milky Way. 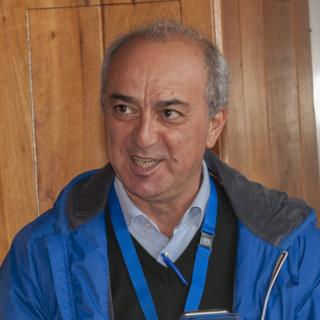 Interview
GIUSEPPE BONO: “High resolution spectroscopy allow us to know the abundance of chemical enrichment of the Milky Way, which are the ingredients of proteins and organic life”

Giuseppe Bono, astrophysicist and associate professor of the Department of Physics at the Università degli Studi di Roma "Tor Vergata" (Italy), is a long-standing collaborator of the Instituto de Astrofísica de Canarias (IAC), either as visiting researcher or teacher in the Winter School that this centre organises in collaboration with the University of La laguna (ULL). In this edition, he will dedicate his talks to near-infrared high resolution spectroscopy of variable stars. That seems a difficult subjetc, but he assures that the accurate scattering of changing light emitted in that 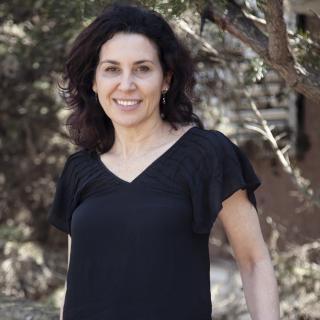