After presiding over the ceremony of recognition for the scientific community involved in the management of the crisis caused by the volcanic eruption on La Palma, the minister wanted to demonstrate her backing of science and research by visiting the Gran Telescopio Canarias (GTC) and the Cherenkov telescopes, MAGIC and the LST.

Last Sunday December 18th, after the ceremony in Santa Cruz de La Palma in which the Ministry of Science and Innovation paid tribute to the scientific community on the anniversary of the eruption of the volcaon on La Palma, the Minister, Diana Morant, went up to the Roque de los Muchachos Observatory(ORM). She was received by the Director of the IAC, Rafael Rebolo, the Deputy Director,Casiana Muñoz-Tuñón, and by Juan Carlos Pérez Arenciibia, the manager of the Observatory. 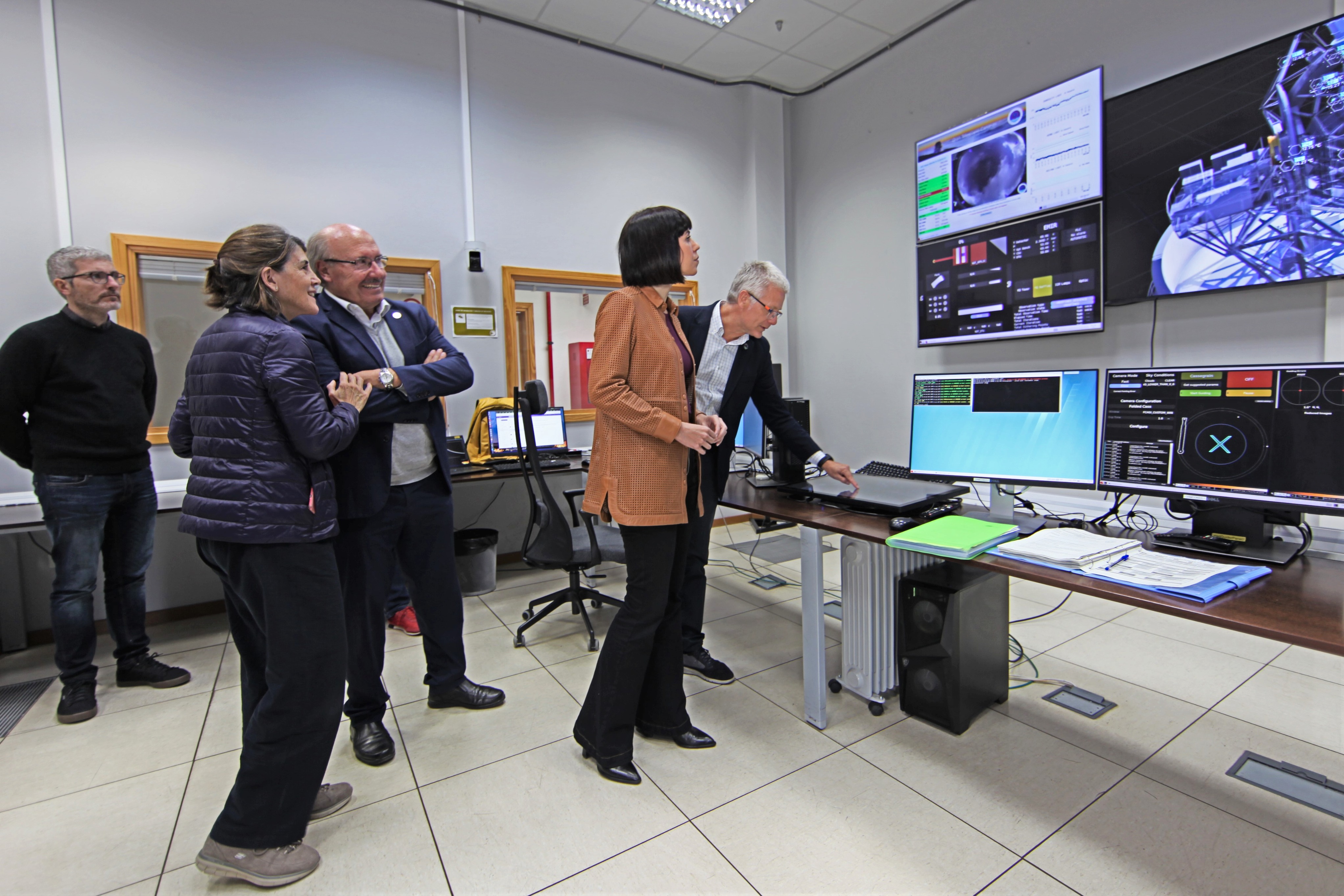 Together they went to the Gran Telescopio Canarias (GTC), where the Director, Romano Corradi, and the Director of Operations, Luis Alberto Rodríguez, conducted a guided visit, starting in the control room, where they learned about some basic aspects of the work during night-time observations, followed by a visit to the interior of the dome. There, as well as seeing the working of the various mechisms typical of the telescope, she was given information about the instruments, and an overview of the important capabilities which building this telescope generated in Spanish industry, contributing to give them a basis for competition in other major international projects. 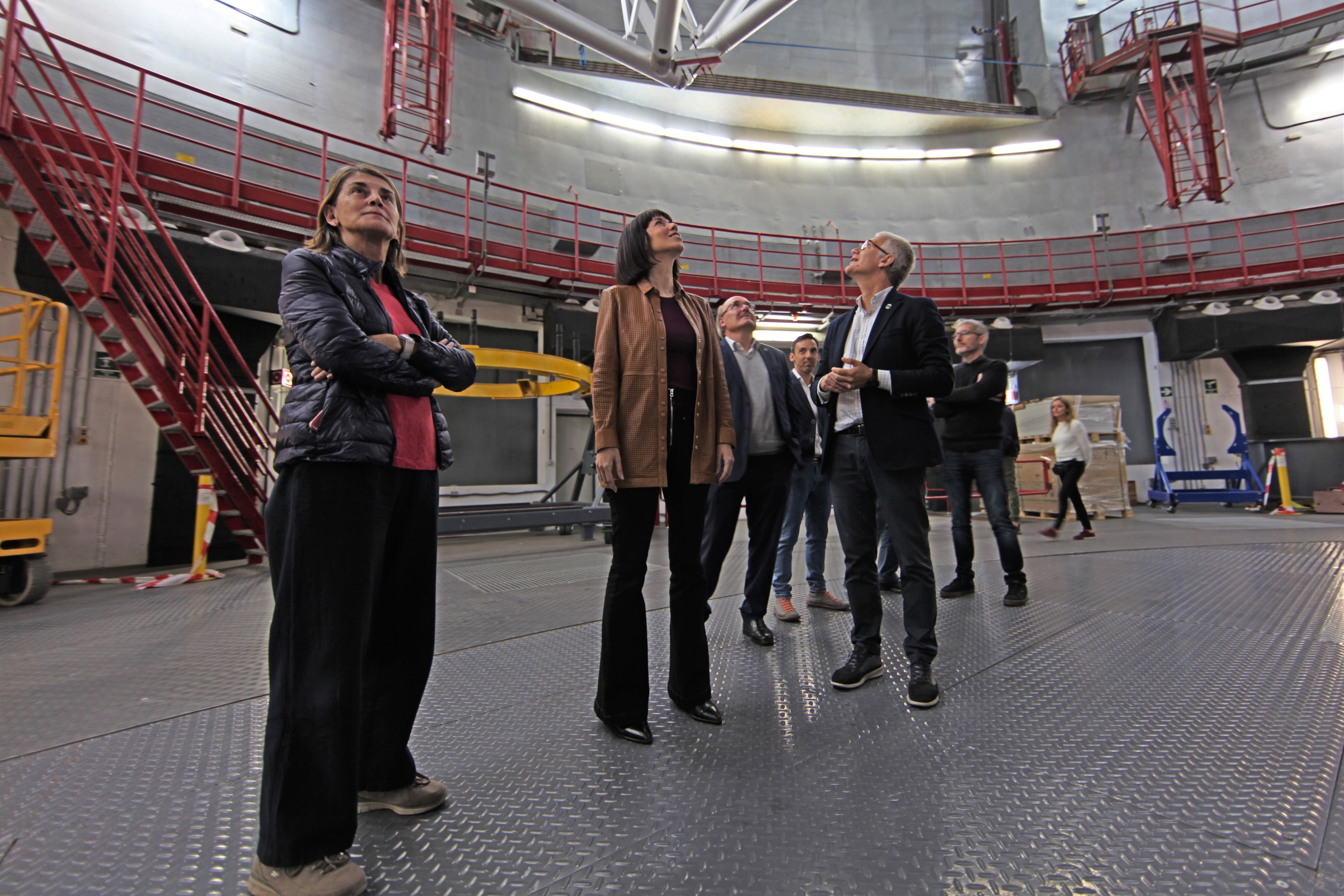 Afterwards they moved to the Cherenkov telescopes, MAGIC and the LST, where Daniel Mazin, the manager of the LST project, explained the characteristics of these instruments, which use the atmosphere as a “natural converter” to detect high energy gamma rays produced in cosmic sources. She also was given explanations about the plans of the CTA project at the ORM

During the visit the Director of the IAC, Rafael Rebolo, was able to inform the Minister about the state of the TMT (Thirty Meter Telescope) project and its possible siting at the observatory. They were also able to comment on the coming issue of contracts for the “Redundancy in the maritime optical network of RedIRiS” project.  This project, financed from funds of the Recovery,Tranformation,and Resilience Plan via the Secretariat of State for Telecommunications and Digital Infrastructures (SETELECO), will improve the quality and the ersilience of the RedIRIS and facilitate the development of new routes for wide-band services. Specifically, with the improvement of the submarine connectivity of the Island of La Palma the new project of the RedIRIS will also contribute to a reconstruction of the conomy of the island based on digitalization and knowledge, and will enhance the connectivity of the IAC for its scientific activities. For this project the IAC will maintain close collaboration with the Island Cabildo of La Palma in carrying out the construction of the land-based phase of this installation.