Artist's impression of the X-ray binary Swift J1858. We see how the neutron star feeds, via an accretion disk, on the material it has stripped from the accompanying star, and how some of that material is ejected in the form of a warm wind. Credits: Gabriel Pérez Díaz, SMM (IAC).

An international team of astronomers, including researchers from the Instituto de Astrofísica de Canarias (IAC), has discovered blasts of hot, warm and cold winds from a neutron star consuming matter from a nearby star. The study used a combination of observations made with several telescopes, including the Gran Telescopio Canarias (GTC or Grantecan), located at the Roque de los Muchachos Observatory (Garafía, La Palma). The discovery, published today in the journal Nature, provides new insight into the behaviour of some of the most extreme objects in the Universe.

Low-mass X-ray binaries are systems that consist of a compact object, a neutron star or black hole, and a star about the size of the Sun. The compact object feeds on material it subtracts from the companion star, a process known as accretion. Most of the accretion occurs during violent eruptions in which the systems increase their luminosity dramatically. At the same time, some of the material spiralling into the compact object is propelled back into space in the form of disc winds and jets.

The most common signatures of outflowing material from astronomical objects are associated with “warm” gas. Despite this, only winds of “hot” or “cold” gas have been observed in transient X-ray binaries, until now. In this new work, a team of researchers from 11 countries, led by the University of Southampton and including a group of astronomers from the Instituto de Astrofísica de Canarias (IAC) studied the recent eruption of the X-ray binary known as Swift J1858. They used a combination of telescopes, including NASA's Hubble Space Telescope (HST), the European Space Agency’s XMM-Newton satellite, the Very Large Telescope (VLT) of the European Southern Observatory (ESO) and the Gran Telescopio Canarias (GTC or Grantecan).

The ultraviolet spectrum published in Nature shows the characteristic features of a hot wind observed simultaneously with a cooler wind detected in the visible spectrum.

"Eruptions like this are rare and each of them is unique," says Noel Castro Segura, a researcher at the University of Southampton who graduated from the University of La Laguna and first author of this study. He adds: "Normally they are heavily obscured by interstellar dust, which makes observing them really difficult. Swift J1858 was special, because even though it is located on the other side of our galaxy, the obscuration was small enough to allow for a full multiwavelength study".

The recent eruption of Swift J1858 shows extreme variability across the electromagnetic spectrum, which presented a rare opportunity. "Neutron stars have an immensely strong gravitational pull that allows them to gobble up gas from other stars. However, these stellar cannibals are messy eaters and much of the gas that neutron stars pull towards them is not consumed, but flung out into space at high speed," says co-author from the University of Amsterdam Nathalie Degenaar. "This behaviour has a large impact on both the neutron star itself and its immediate surroundings. The new discovery provides key information about the messy eating patterns of these cosmic 'cookie monsters,'" she adds.

As well as discovering the warm winds, the team was able to study the temporal evolution of the outflowing gas. They found that the warm wind was not affected by the strong variations in the brightness of the system. The absence of such a response had previously been an unconfirmed theoretical prediction based on sophisticated simulations.

"In this research we combined the unique capabilities of the HST with the best ground-based telescopes, such as the VLT and the GTC, to obtain a complete picture of the gas dynamics in the system. This allowed us to unveil for the first time the true nature of these powerful gas outflows," says Montserrat Armas Padilla, IAC researcher and co-author of the paper.

"Our understanding of what causes these winds and how fundamental they are to how these systems evolve over time is crude at best. For that reason, the results obtained offer us new information about these phenomena and might ultimately help us to build a more concrete understanding of what physical conditions are required to power winds in a wider range of astrophysical objects," explains Teo Muñoz Darias, IAC researcher and co-author of the article.

"The new insights provided by our results are key to understanding how these accreting objects interact with their environment. This is important because by shedding energy and matter into the galaxy, they contribute to the formation of new generations of stars, and to the evolution of the galaxy itself," concludes Castro Segura.

Jorge Casares and Virginia Cúneo are other IAC researchers who have participated in this project. The Gran Telescopio Canarias and the Observatories of the Instituto de Astrofísica de Canarias (IAC) are part of the Spanish network of Singular Scientific and Technical Infrastructures (ICTS). 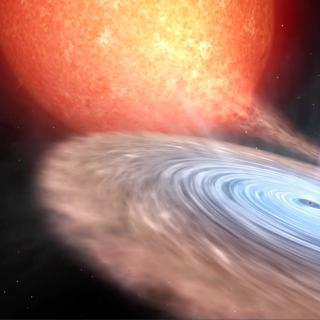 Accreting black-holes and neutron stars in X-ray binaries provide an ideal laboratory for exploring the physics of compact objects, yielding not only confirmation of the existence of stellar mass black holes via dynamical mass measurements, but also the best opportunity for probing high-gravity environments and the physics of accretion; the most 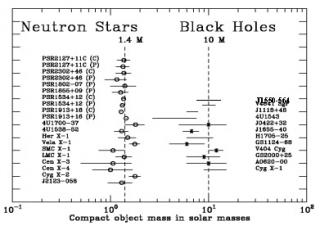 The range of masses for the compact object in binary r-X 2S 0921-630 has been determined (between 2.0-4.3 solar masses), consistent with a massive neutron star or a low-mass black hole. 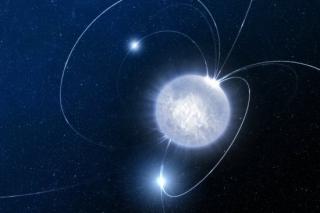 Research news
NATURE AND EVOLUTION OF X-RAY BINARIES.
Advertised on
01/01/2008 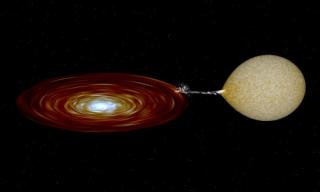 Research news
Evidence for a black hole in the X-ray transient XTE J1859-226.