A step forward to solve the mystery of ultra-diffuse galaxies

A study by the Instituto de Astrofísica de Canarias (IAC), led by researchers Nushkia Chamba, Ignacio Trujillo and Johan H. Knapen, reveals that the enigmatic ultra-diffuse galaxies, very low-luminosity and low-density star galaxies, are similar in size to dwarf galaxies. The results, which are published in the journal Astronomy & Astrophysics, provide new clues about the number and type of galaxies in our Universe and about the nature of dark matter.

IAC scientists have taken a major step towards understanding the nature of the mysterious and ghostly ultra-diffuse galaxies (UDGs). These galaxies have caught the attention of astronomers due to their extreme properties, such as their low luminosity and very low stellar density. In fact, UDGs can be about 10 times fainter than the night sky or about a 100 times fainter than our Milky Way.

Until now, it was thought that these kinds of galaxies were either enormous objects, like our Milky Way, but comparatively very inefficient in forming stars, or were simply small galaxies without active star formation in their centres. Now IAC astronomers have discovered that the extensions or sizes of UDGs are more similar to those of dwarf galaxies, ending an intense scientific debate on this issue. On average, UDGs are 10 times smaller than the Milky Way analogues.

“Its really a step forward to discover that the sizes of these very faint ultra-diffuse galaxies are not at all as large as our Milky Way and that they are more similar to the small dwarf galaxies”, says Nushkia Chamba, IAC researcher and first author of the article. “It definitely changes how the community has been viewing the nature of these objects and how they compare with other classes of galaxies”.

The researchers have managed to measure the luminous size of the UDGs through a new physically motivated definition of galaxy size. “To address this problem, we have had to rethink from scratch the meaning of size for galaxies”, explains Ignacio Trujillo, an IAC researcher who is also participating in the study. “This is not at all a trivial problem because galaxies do not have clear edges like regular, everyday objects such as tables, humans, cars, etc."

Usually, astronomers use parameters such as the effective radius, that is, the radius within which half of the total light emitted by the galaxy is concentrated, to measure the luminous sizes of galaxies. However, these parameters were introduced when images of galaxies were much shallower than current ones, so they have no direct physical meaning and are defined arbitrarily. Instead, the new measurement is based on the location of the gas density threshold of required for star formation in galaxies, which better represents what the human eye identifies as the edges or boundaries of galaxies.

The new parameter allows us to fairly compare the nature of different types of galaxies, which has strong consequences for the understanding of the number and class of galaxies in our Universe, and ultimately give us clues about the nature of dark matter.

This study has been carried out within the framework of the SUNDIAL project (SUrvey Network for Deep Imaging Analysis and Learning), an Innovative Training Network of the European Union whose objective is to train young researchers in the fields of computer science and astronomy, and to develop innovative algorithms to study the very large databases from current telescopes.

For IAC researcher and also author of the article Johan H. Knapen, “This is a great example of how the work we do within our EU-funded training network SUNDIAL, a close collaboration between astronomers and computer scientists, leads to real advances in our understanding of how galaxies are structured and how they evolve”.

More information:
Article "What are the sizes of galaxies?" by Nushkia Chamba in the SUNDIAL blog
SUNDIAL web page: https://www.astro.rug.nl/~sundial/ and http://sundial-itn.com/ 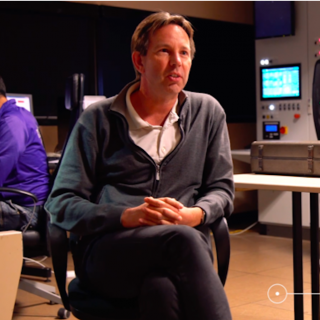 SUNDIAL (SUrvey Network for Deep Imaging Analysis & Learning) is an ambitious interdisciplinary network of nine research groups in The Netherlands, Germany, Finland, France, the United Kingdom, Spain, Belgium and Italy. The aim of the network is to develop novel algorithms to study the very large databases coming from current-day telescopes to 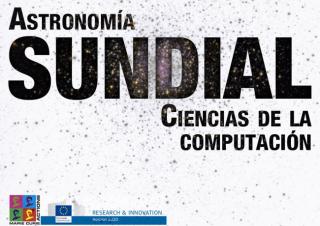 Astronomy and computer science will be the fields for training young European researchers in order to understand the formation and evolution of galaxies.