YUN WANG: "Dark energy will determine the final destiny of the Universe"

Yun Wang, cosmologist, poet and invited to the international scientific “Cosmology School in the Canary Islands”, organized by the Instituto de Astrofísica de Canarias (IAC) which is taking place in Fuerteventura during this week, is currently a cosmologist at IPAC at the California Institute of Technology and a professor in the Department of Physics and Astronomy at the University of Oklahoma. In these centers she explores the nature of dark energy. In 2012, Yun Wang was elected a Fellow of the American Physical Society for her leadership in dark energy research.

“The nature of dark energy will determine the ultimate fate of the Universe. Depending on what dark energy truly is, the Universe can have dramatically different futures”

“Perhaps dark energy is not energy at all, but the consequence of the required modification of our theory of gravity, Einstein's general relativity”

“I think being a poet makes me a better cosmologist, since I dare to dream big and I am fearless and perseverant in pursuing my scientific goals”

1. What’s the difference between dark energy and dark matter and how do scientists try to understand their nature?

Dark energy and dark matter are two distinct mysteries in the Universe that may or may not be related. Dark energy is the phrase that we use to refer to the unknown cause of the observed acceleration in the expansion of the Universe. Whatever dark energy may be, it does not gravitate like matter. In contrast, dark matter gravitates. Dark matter is invisible (hence the name), but its existence has been discovered through its gravitational influence in galaxies and clusters of galaxies. The distribution of luminous matter (such as stars and hot gas) in the Universe can only be explained by the presence of dark matter.

Scientists try to understand the nature of dark energy in many different directions. Dark energy could be a cosmological constant, a constant and tiny energy that permeates the Universe, perhaps a consequence of quantum gravity. If the density of dark energy varies with time, it could be an unknown form of energy component in the Universe, perhaps from new particle physics or string theory. We can probe the time variation of dark energy through the measurement of the expansion history of the Universe. Or perhaps dark energy is not energy at all, but the consequence of the required modification of our theory of gravity, Einstein's general relativity (i.e., modified gravity). We can probe this possibility by measuring the growth history of large scale structure in the Universe over a broad range of scales, since modified gravity and general relativity make different predictions for the growth history of large scale structure, given the same expansion history of the Universe.

2. Why do you consider that solving the mystery of its nature is the most important problem in cosmology today?

Dark energy refers to the unknown reason behind the observed acceleration in the expansion of the Universe. I think solving the mystery of its nature is the most important problem in cosmology today, because it is a fundamental problem, and its solution requires revolutionary advances in our understanding of the Universe.

3. What kind of approach and experiments do you think need to be done to further resolve the mysteries of dark energy? Do you think that the upcoming space missions EUCLID and WFIRST will reveal something about it?

The most fundamental questions about dark energy are: (1) Does the density of dark energy vary with time? and (2) Is gravity modified? We need to design experiments that answer both of these questions, which can be done by measuring both the expansion history of the Universe and the growth history of cosmic large scale structure. Both Euclid and WFIRST will use the 3D distribution of galaxies over a huge volume to measure the cosmic expansion history and the growth history of large scale structure, as well as the subtle distortions of the observed shapes of galaxies by the matter distribution in the Universe to measure a combination of these two functions. Euclid (with a 1.2 aperture telescope) will be launched in 2020, while WFIRST (with a 2.4 aperture telescope) will likely be launched in 2025. We have designed the dark energy experiments on Euclid and WFIRST to be complementary to each other. Euclid will survey 15,000 square degrees of extragalactic sky to a somewhat shallow depth optimized to obtain the tightest constraints on dark energy, while WFIRST will survey 2,200 square degrees of extragalactic sky to a significantly greater depth to enable the tightest control of systematic effects in dark energy measurements. Since WFIRST will launch five years later than Euclid, we will optimize the dark energy experiments on WFIRST based on what Euclid will find. I think we have an excellent chance of illuminating the nature of dark energy in the coming decade.

4. What role does dark energy play in the unfolding and future of the universe?

The nature of dark energy will determine the ultimate fate of the Universe. Depending on what dark energy truly is, the Universe can have dramatically different futures. The Universe might expand forever, or it might stop expanding and contract. The Universe might be torn apart in the distant future as it expands faster and faster (known as the "Big Rip"), or it might shrink and eventually die in a "Big Crunch". The Universe might coast along in the distant future, and die of extreme old age as matter particles (such as protons) decay so that nothing except light will remain. All these may sound alarming, but the Universe is not in danger of ending in the next 24 to 42 gigayears (based on some work I did in 2004, see https://arxiv.org/abs/astro-ph/0409264).

5. How do you link your work as a scientist and as a writer?

I love my work as a cosmologist; it is a dream coming true since I wanted to explore the mysteries of the Universe since I was a teenager. I started writing poetry when I was 12 years old, so being a poet is also part of my identity. I have published a graduate textbook on dark energy ("Dark Energy", Wiley/VCH, 2010), as well as several poetry books. I have not made any deliberate links between my two sides, but I think my poems are inevitably influenced by my perspective as a cosmologist, so I strive for clarity and depth in poetry. I think being a poet makes me a better cosmologist, since I dare to dream big and I am fearless and perseverant in pursuing my scientific goals. 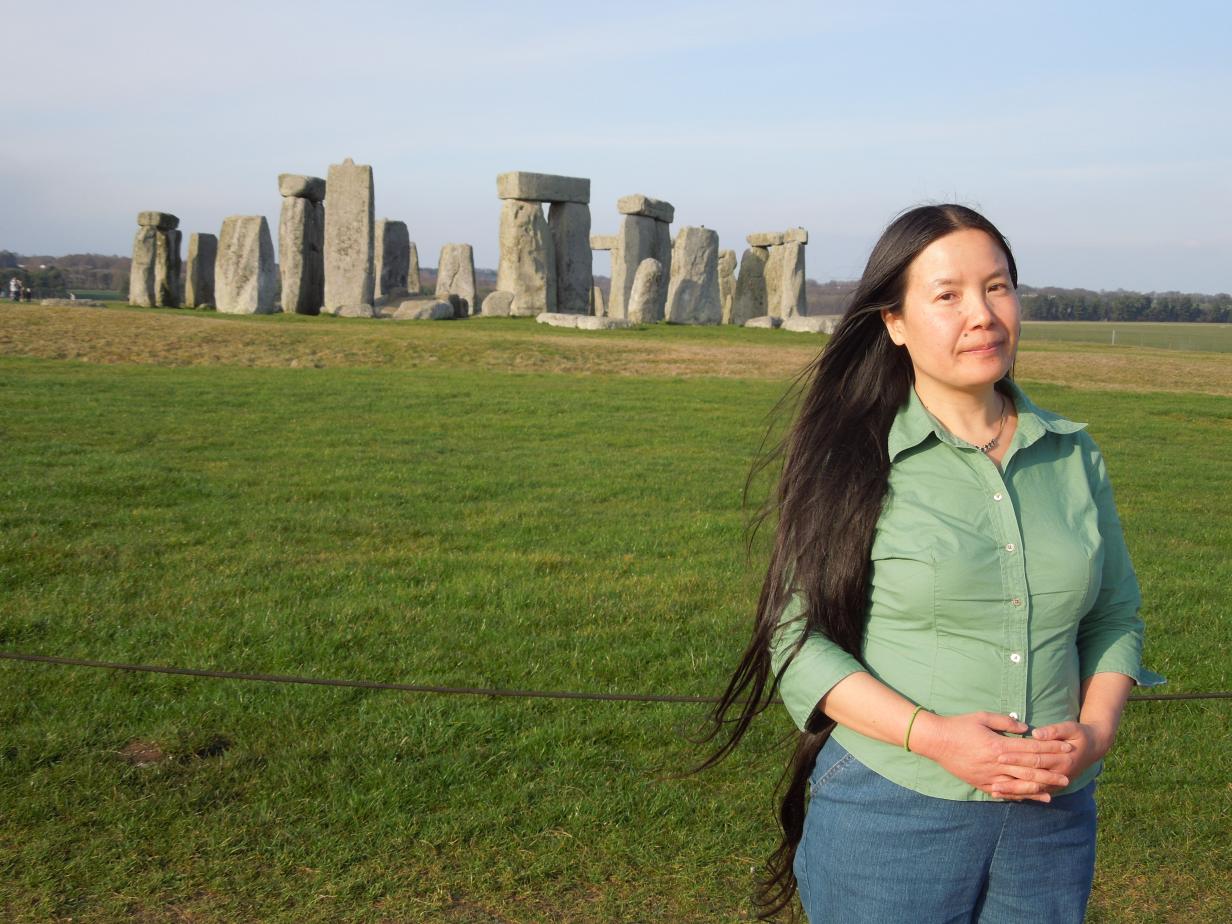