Advertised on:
5
2021
Journal
The Astrophysical Journal
Description
Recent studies of warp kinematics using Gaia DR2 data have produced detections of warp precession for the first time, which greatly exceeds theoretical predictions of models. However, this detection assumes a warp model derived for a young population (few tens of megayears) to fit velocities of an average older stellar population of the thin disk (several gigayears) in Gaia-DR2 observations, which may lead to unaccounted systematic errors. Here, we recalculate the warp precession with the same approach and Gaia DR2 kinematic data, but using different warp parameters based on the fit of star counts of the Gaia DR2 sample, which has a much lower warp amplitude than the young population. When we take into account this variation of the warp amplitude with the age of the population, we find that there is no need for precession. We find the value of warp precession $\beta ={4}_{-4}^{+6}$ km s-1 kpc-1, which does not exclude nonprecessing warp.
Related projects 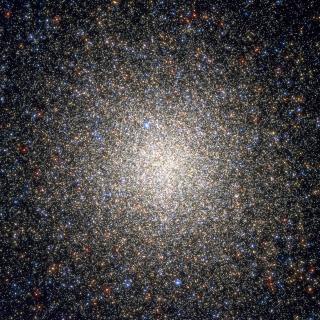 Milky Way and Nearby Galaxies

The general aim of the project is to research the structure, evolutionary history and formation of galaxies through the study of their resolved stellar populations, both from photometry and spectroscopy. The group research concentrates in the most nearby objects, namely the Local Group galaxies including the Milky Way and M33 under the hypothesis