The newly discovered planets are orbiting a star called GJ 357, a red dwarf with about one thirs of the mass and the size of theSun, and some 40% cooler than our star. This system is 31 light years away towards the constellation Hydra. The discovery began when NASA’s TESS (Transiting Exoplanet Survey Satellite) detected the presence of a transiting exoplanet, i.e. a planet outside our Solar System which briefly cuts out some light from its star when it passes in front of it during each orbit.

An international group of scientists, let by researchers at the Instituto de Astrofísica de Canarias, used data obtained at various ground-based observatories to confirm the presence of the planet, and during this process they discovered two additional planets. “Up to a point the evidence for these planets was hidden in measurements made at a number of observatories during many years” explains Rafael Luque, a doctoral student with a studentship from “La Caixa” who is the first author of the article. “We needed TESS to indicate an interesting star to be able to discover them”.

Of the three planets discovered GJ 257d,the one furthest from the star,  is particularly interesting for the researchers. The planet orbits the star every 55.7 days a a distance of some 20% that between the Earth and the Sun, and weighs at least 6.1 times the mass of the Earth. Although its composition and size are not yet known, a rocky planet with this mass will measure between one and two times the size of the Earth.

“GJ 357d is situated at the outer edge of the habitable zone of its star, where it receives almost the same quantity of stellar energy as does Mars from the Sun” explains cor-author Diana Kossakowski, of the Max Planck Institute of Astronomy in Heidelberg. Without an atmospehre the average temperatura at its surface would be -53oC, which would mean that it was rather more glacial than habitable.

A complementary article led by scientists from the Carl Sagan Institute of Cornell University which also includes IAC researchers, analyses in detail the habitability conditions of the planet. According to Lisa Kaltenegger, the first author of the article “if GJ 357d has a dense atmosphere, rich in carbon dioxide, it could trap enough heat to warm the planet and allow liquid water on its surface. Furthermore, we would be able to detect biomarkers in its atmosphere with the coming generation of telescopes in space and on the ground such as JWST and the E-ELT, both under construction.

The transits observed with TESS and which gave rise to the discovery of this planetary system, are due to GJ 357b, a planet 22% bigger than the Earty. It orbits its star eleven times nearer than Mercury orbits our Sun, and as a surface temperaturaclose to 245oC. “ GJ 357b is what we call a “hot Earth” explains Enric Pallé, an IAC astrophysicist who is a co-author of the article, and the doctoral thesis supervisor of Luque, “so although it cannot host life, we should note that it is the third closest transiting exoplanet known until now, and one of the best rocky planets we have to measure the composion of any atmosphere it may have”.

The planet GH 357c has a mass of at least 3.4 times that of the Earth, orbtis the star every 9.1 days at a distance somewhat more than twice that of GJ 357b, and has an estimated surface temperaturaof around 127oC. The TESS satellite did not observer transits of this planet, which suggest that its orbit is inclined by at least 1 degree with respect to the “Hot Earth” planet, so that it never passes across the face of the star from our perspective.

To confirm the presence of GJ 357b and to discover its neigbours Luque and his collaborators used previous measurements of the radial velocity of the star, its movement along our line of sight. An orbiting planet produces a gravitional tug on its star, which gives rise to a small movement, which astronomers can detect using small changes in the star’s spectrum.

The team examined data from the European Southern Observatory (ESO) and the Las Campanas Observatory, both in Chile, the W.M. Keck Observatory in Hawaii, and the Calar Alto Observatory in Spain, among others. The data from the Spanish observatory come from the CARMENEs instrument, a visible and infrared spectrograph develped by a consortium of German and Spanish institutions, with co-leadership from the Instituto de Astrofísica de Andalucía (IAA_CSIC) with the participation of the IAC, the Institute of Space Sciences (IEEC-CSIC) and the Centre for Astrob¡ology (CAB, CSIC-INTA).

This Monday the TESS satellite has also allowed observers to identify a stellar system with three rather unusual exoplanets. This finding, published in Nature Astronomy, and in which IAC researchers also participated, includes a rocky super-Earth and two gassy sub-Neptunesaround TOI-270, a red dwarf star only 73 light years away from Earthy. “The interesting point is that none of this type of exoplanets exists within the Solar System, so that studying them may help us find the “missing link” in the evolution of planets” explains Pallé, one of the authors of the article.

All of these discoveries coincide with the first year of operations of the TESS mission. To review its achievements, and to consider possible improvements, this week the first TESS Scientific Conference, bringing together the leadingexperts on the mission, will be celebrated in Cambridge, Massachussetts. 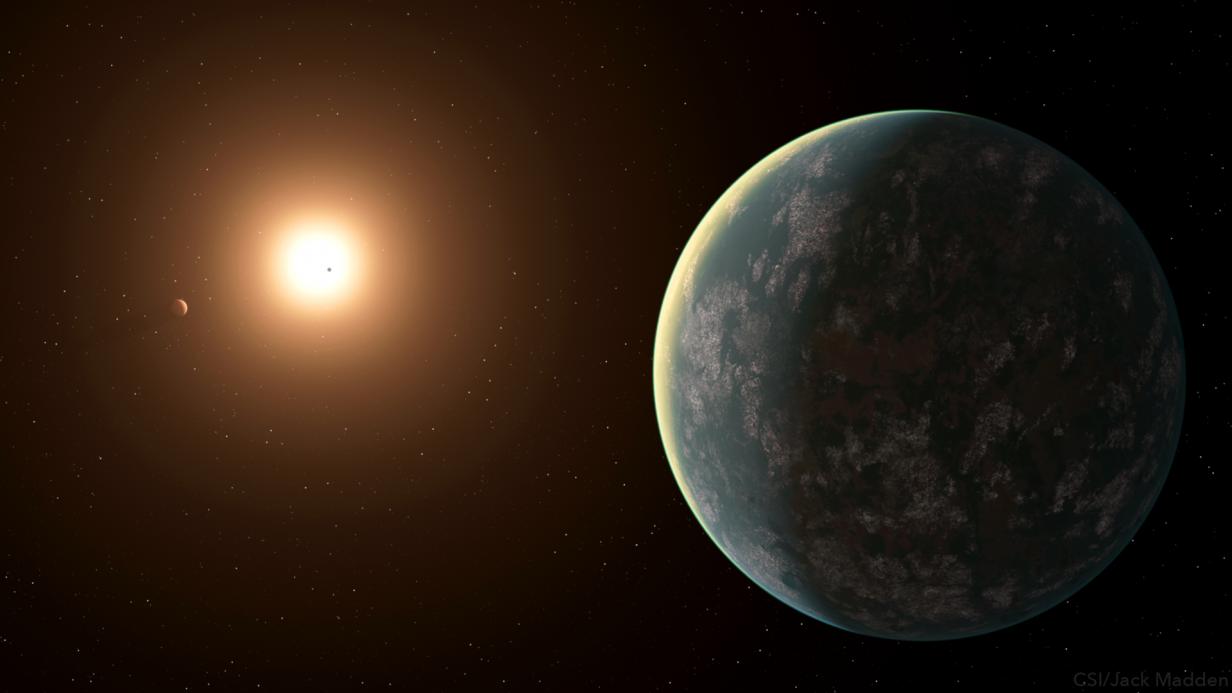