The Minister of the Presidency, Félix Bolaños, meets with the scientific community at the Roque de los Muchachos Observatory

From left to right, the director of the IAC, Rafael Rebolo; the delegate of the Central Government in the Islands, Anselmo Pestana; the Minister of the Presidency, Félix Bolaños; Héctor Izquierdo, special commissioner for the Reconstruction of the island of La Palma; Alberto Herrera, undersecretary of the Presidency and Juan Carlos Arencibia, ORM administrator at Grantecan.

After the meeting, which was attended by representatives of various scientific institutions of reference, both regional and national, the minister and his team visited the facilities of the Gran Telescopio de Canarias and the William Herschel telescope.

Last July 19, 2022, the Minister of the Presidency, Relations with the Courts and Democratic Memory, Félix Bolaños, went to the Roque de los Muchachos Observatory, in the municipality of Garafía.  There he held a meeting with the scientific community that carries out research in La Palma in order to better understand how this community can contribute to the recovery plan of the island after the eruption of the volcano in Cumbre Vieja. 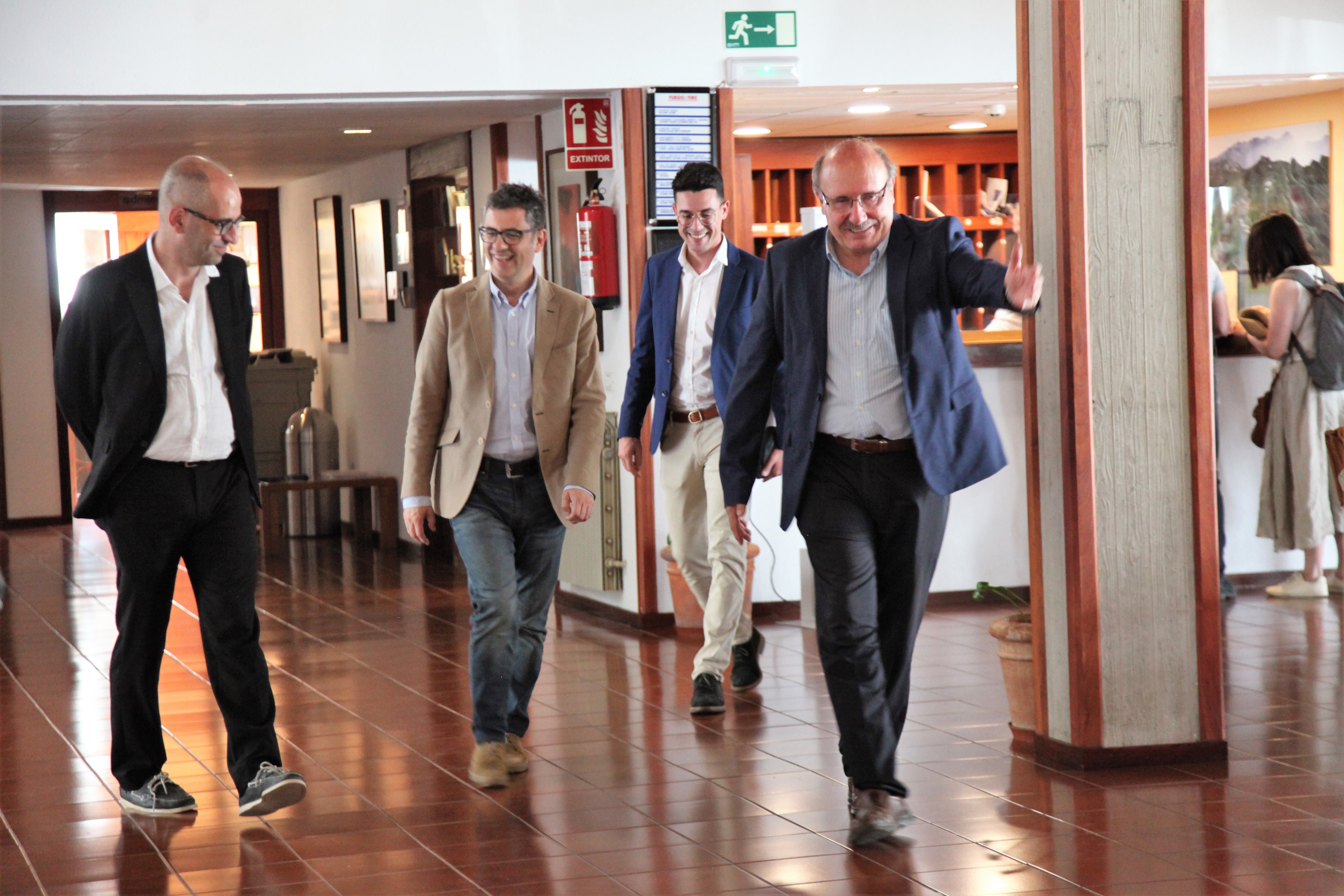 The meeting was attended by its director, Rafael Rebolo, and the administrator of the Roque de los Muchachos Observatory, Juan Carlos Pérez Arencibia, on behalf of the IAC, which acted as host institution, and by leading researchers from several leading institutions such as the Volcanological Institute of the Canary Islands (INVOLCAN); the Oceanic Platform of the Canary Islands (PLOCAN); the Geological and Mining Institute (IGME); the National Geographic Institute (IGN); the Spanish Institute of Oceanography (IEO); the State Meteorological Agency and the coordinator of the project Center for Data and Image Technology in which the two public universities of the Canary Islands participate. Also present were Alberto Herrera, undersecretary of the Ministry of the Presidency, Héctor Izquierdo, special commissioner for the reconstruction of the island of La Palma, and the delegate of the central government in the islands, Anselmo Pestana.

The meeting discussed was, among other topics, how to make the island energy self-sustainable and several research projects that could be developed in the long term in the fields of astrophysics, space sciences, marine sciences, volcanology, artificial intelligence or big data seeking synergies between all institutions. 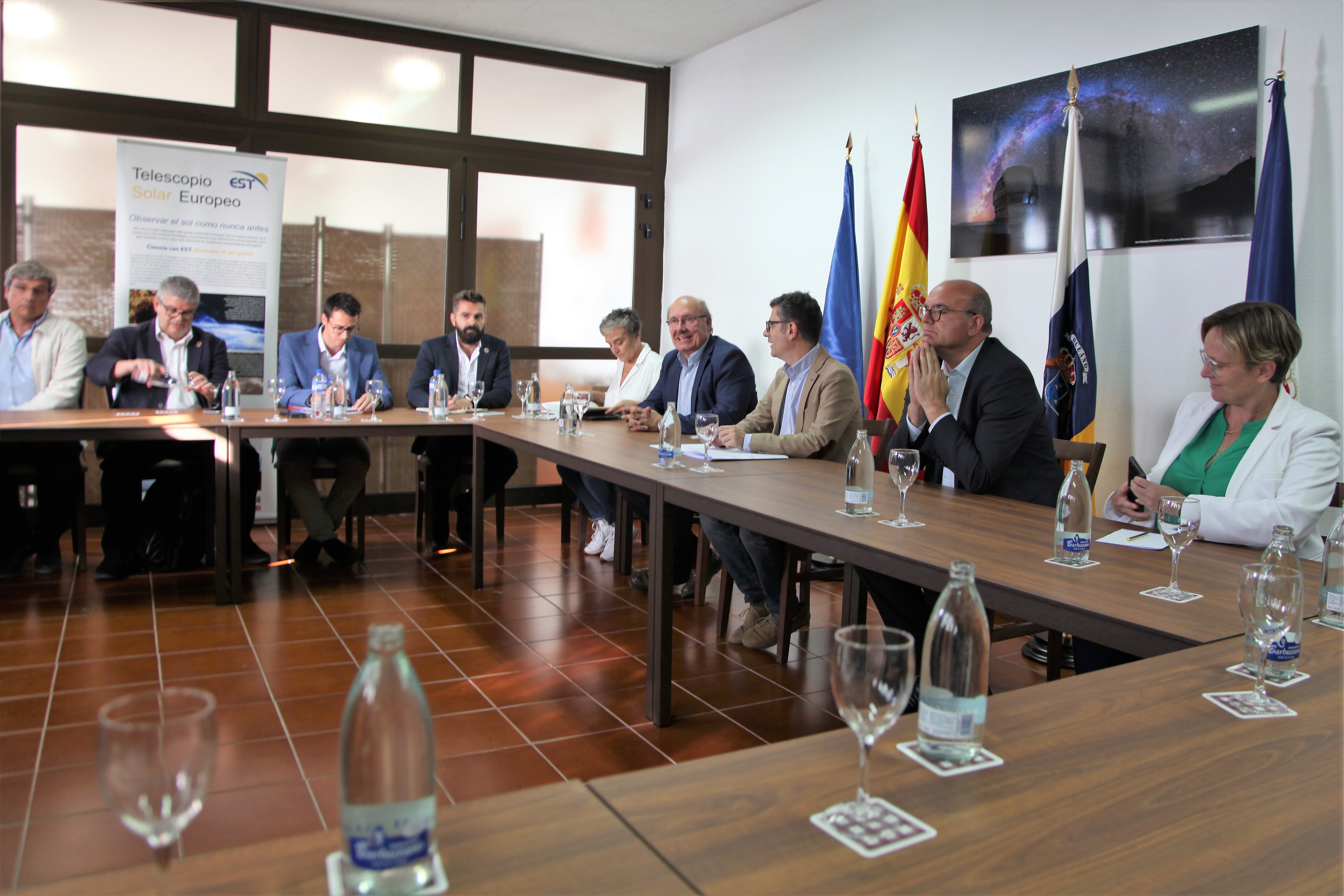 Next, the minister and his team, accompanied by the director of the IAC, went to the Gran Telescopio de Canarias where the head of science, Antonio Cabrera, showed them some basic aspects of the observation work from the control room. They also visited the interior of the dome where they witnessed the installation of the new instrument, "Miradas", which has recently arrived from the University of Florida (USA). 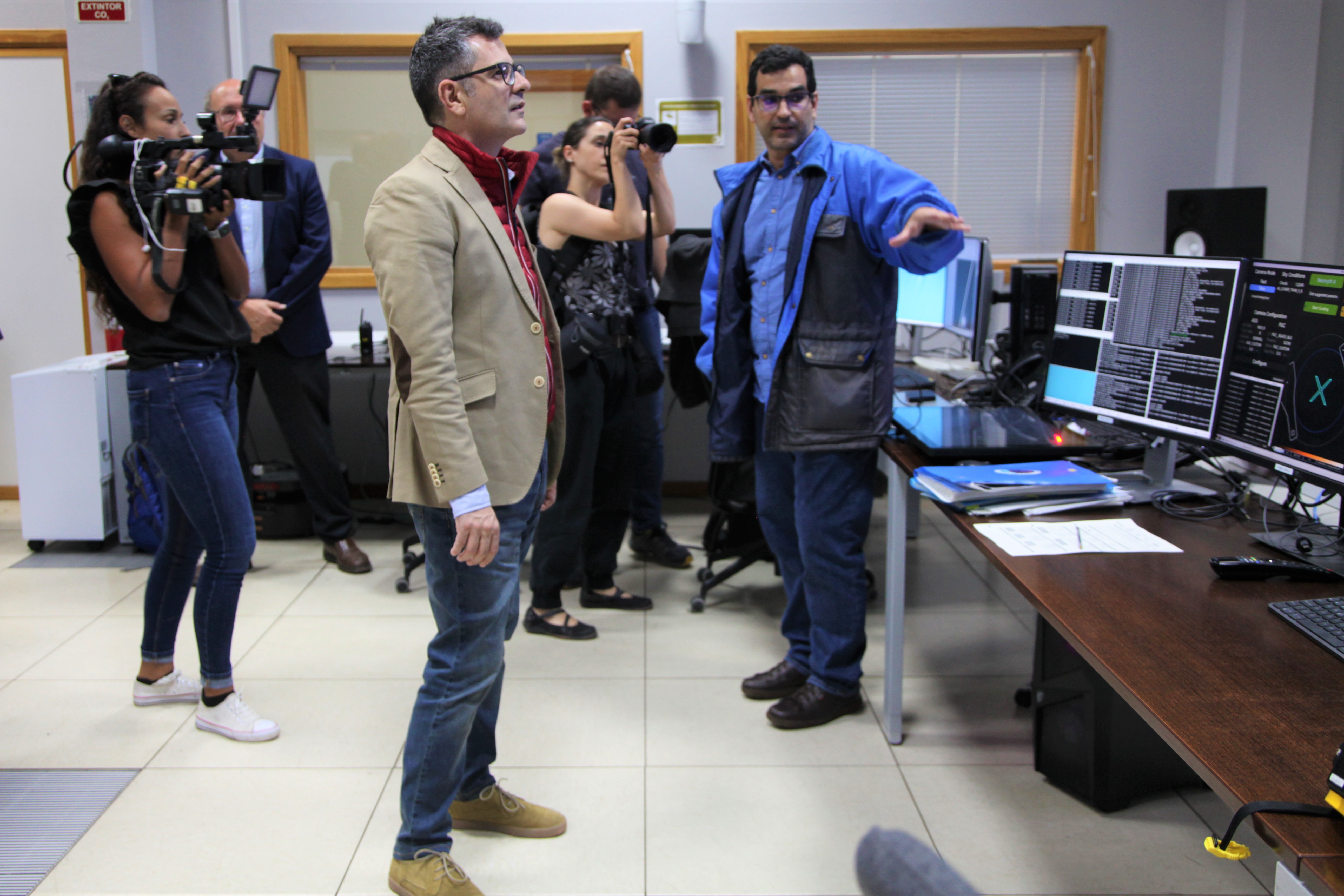 Finally, at night, the Minister and his team went to the William Herschel telescope, which is part of the Isaac Newton Group of Telescopes (ING), where they witnessed the operation of the new "WEAVE" instrument, produced by an international consortium led by the University of Oxford with significant participation of the IAC.