Advertised on:
10
2020
Journal
Astronomy and Astrophysics
Description
Context. Apparent deviations between properties of dwarf galaxies from observations and simulations are known to exist, such as the "Missing Dwarfs" problem, the too-big-to-fail problem, and the cusp-core problem, to name a few. Recent studies have shown that these issues can at least be partially resolved by taking into account the systematic differences between simulations and observations.
Aims: This work aims to investigate and address any systematic differences affecting the comparison of simulations with observations.
Methods: To this aim, we analyzed a set of 24 realistically simulated Models of Realistic dwarfs In Action (MoRIA) dwarf galaxies in an observationally motivated way. We first constructed "observed" color-magnitude diagrams (CMDs) of the simulated dwarf galaxies in the typically used V- and I-bands. Then we used the synthetic CMD-fitting method to recover their star-formation histories (SFHs) from their observed CMDs. These solved SFHs were then directly compared to the true SFHs from the simulation star-particle data, mainly in terms of the star-formation rate (SFR) and the age-metallicity relation (AMR). We also applied a dust extinction prescription to the simulation data to produce observed CMDs affected by dust in the star-forming regions. Since future facilities, such as the James Webb Space Telescope and the European Extremely Large Telescope, will focus on the (near)-infrared rather than the optical, we also constructed and analyzed CMDs consisting of the I- and H- bands.
Results: We find a very good agreement between the recovered and the true SFHs of all the simulated dwarf galaxies in our sample, from the synthetic CMD analysis of their V - I versus I as well as the I - H versus H CMDs. Dust leads to an underestimation of the SFR during the last few hundred million years, with the strength and duration of the effect dependent on the dust content. Overall, our analysis indicates that quantities like SFR and AMR derived from the photometric observations of galaxies are directly comparable to their simulated counterparts, thus eliminating any systematic bias in the comparison of simulations and observations.
Related projects 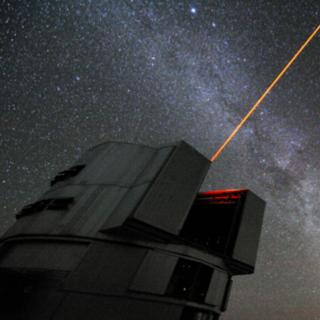