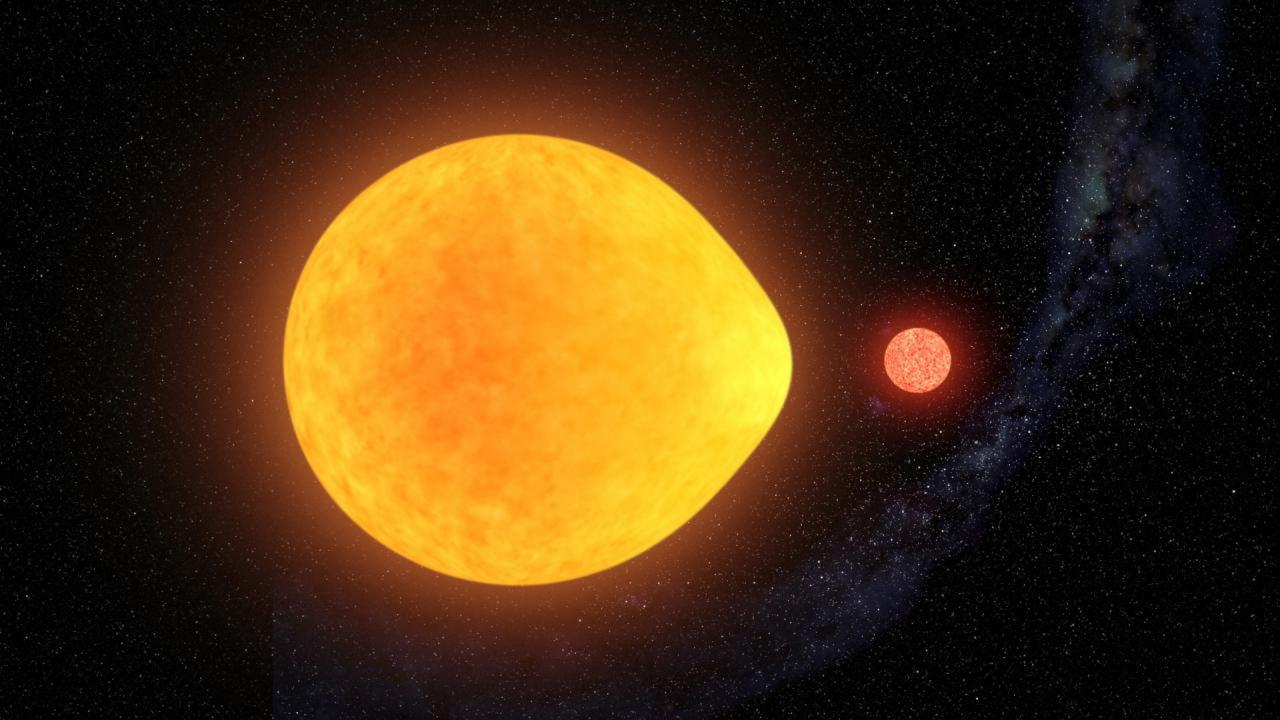 Artist's impression of a star pulsating in one of its hemispheres due to the gravitational attraction of a companion star. Credit: Gabriel Pérez (SMM-IAC).
Advertised on
14/07/2020
Authors
G. Handler et al.
Nicolaus Copernicus Astronomical Center
References
2020 Nature Astronomy 4 684

It has long been suspected that tidal forces in close binary stars could modify the orientation of the pulsation axis of the constituent stars. Such stars have been searched for, but until now never detected. Here we report the discovery of tidally trapped pulsations in the ellipsoidal variable HD 74423 in Transiting Exoplanet Survey Satellite (TESS) space photometry data. The system contains a Delta Scuti pulsator in a 1.6 d orbit, whose pulsation mode amplitude is strongly modulated at the orbital frequency, which can be explained if the pulsations have a much larger amplitude in one hemisphere of the star. We interpret this as an obliquely pulsating distorted dipole oscillation with a pulsation axis aligned with the tidal axis. This is the first time that oblique pulsation along a tidal axis has been recognized. It is unclear whether the pulsations are trapped in the hemisphere directed towards the companion or in the side facing away from it, but future spectral measurements can provide the solution. In the meantime, the single-sided pulsator HD 74423 stands out as the prototype of a new class of obliquely pulsating stars in which the interactions of stellar pulsations and tidal distortion can be studied.