An international team of scientists, led by researchers from the National Astronomical Observatory of China and with the participation of the Instituto de Astrofísica de Canarias and the Universidad de La Laguna, have observed a stellar black hole with a mass 70 times heavier than the Sun. The giant object, called LB-1, challenges the standard theory of stellar evolution. Its detection has been possible thanks to the exhaustive monitoring carried out during several months with the Gran Telescopio Canarias at the Roque de los Muchachos Observatory (La Palma). The result is published in the prestigious scientific journal Nature.

How big are the black holes created by the collapse of massive stars? Astronomers estimate that there are 100 million black holes in our Galaxy They thought that the holes were rather small: not more than 15 times the mass of the Sun. But now, an international team of scientists led by Jifeng Liu (National Astronomical Observatory of China, Chinese Academy of Sciences) and with the participation of the Instituto de Astrofísica de Canarias (IAC) has spotted a stellar black hole with a mass 70 times heavier than the Sun.

This came as a big surprise. "Black holes of such mass should not even exist in our Galaxy, according to most of the current models of stellar evolution", explains Liu; "now theorists will have to take up the challenge to explain its formation in a solar metallicity environment". The newly discovered monster is located 15 thousand light years from us and has been named LB-1 by the discovery team.

Until just a few years ago, black holes of stellar origin could only be discovered when they gobbled up gas from a companion star. This process creates powerful emissions of X-rays, detectable from Earth, which reveal the presence of the collapsed object. However, the vast majority of black holes in our Galaxy are not engaged in a cosmic banquet right now, and remain in complete darkness. That is why only about two dozen Galactic black holes out of 100 million have been well identified and measured.

Liu and collaborators used a different technique to find new black holes. They surveyed the sky with the 4 meter LAMOST optical telescope in north-east China to look for stars that orbit around an invisible object, pulled by its gravity. This search is by no means an easy task. At most one star in a thousand may be going round a black hole: it is like trying to find a needle in a haystack.

Recent technological developments of telescopes and detectors have finally made this quest possible, more than 200 years after this technique was first proposed by the visionary English scientist John Michell. The largest existing telescopes, the Spanish 10.4 meter Gran Telescopio Canarias (GTC), also known as Grantecan, and United States 10 meter Keck telescope, were used to follow-up LB-1 LAMOST discovery to determine the system physical parameters. “These observations were made possible thanks to the large light collecting area of the Grantecan and to its highly flexible observing mode, which allowed an intensive monitoring of the source over several months”, adds Romano Corradi, director of the telescope.

A new era in the study of black holes

The results were nothing short of fantastic: a star 8 times heavier than the Sun was seen orbiting around a 70-solar-mass black hole, every 79 days. “This black hole is far more massive than typical black holes that we routinely find in the Milky Way, whose masses distribute between 5 and 15 solar masses” says Jorge Casares, researcher at the IAC and the Universidad de La Laguna (ULL)

The discovery of LB-1 fits nicely with another breakthrough in astrophysics. Recently, the LIGO and Virgo gravitational wave detectors have begun to catch the ripples in space-time caused by the collisions of black holes in distant galaxies. Intriguingly, the black holes involved in such collisions are also much bigger than what was considered the typical mass of a stellar black hole. However, these LIGO/Virgo black holes are naturally explained within the framework of standard stellar evolution theory. In contrast, “LB-1 black hole seems impossible to explain”, adds Chris Belczynski, researcher at The Polish Academy of Sciences, as “stars massive enough to form a 70-solar-mass black hole monster should be totally destroyed by powerful pair-instability supernova explosions that leave only scattered gas and dust behind, and not black holes!”.

The direct sighting of LB-1 proves that this population of over-weight stellar black holes exists even in our own backyard. "This discovery forces us to re-examine our models of how stellar-origin black holes form", comments LIGO director David Reitze (University of Florida). "This remarkable result along with the LIGO-Virgo detections of binary black hole collisions during the past four years really points towards a renaissance in our understanding of black hole astrophysics", concludes Reitze.

Meanwhile, Liu and his team (including scientists from China, Australia, Italy, The Netherlands, Poland, Spain and the United States) are already conducting a new observational campaign to measure the properties of LB-1 more precisely, and discover other systems like it. “We aim to discover several dozens of black holes”, says Liu, “so as to explore the diversity of the black hole population, and understand more about the final stages of massive stars’ life”.

Three decades ago one of the first astronomical satellites designed toobserve X-rays detected a new type of object: it had a much higher luminosity than any star, but much lower than other types of identified sources, such as the nuclei of active galaxies. They were dubbed, in a not very imaginative way, ultraluminous X rays (ULX) sources. Even recently we were still not really sure what they are. In this work, we have managed to solve this mystery and we have found that the mechanism which produces such a large luminosity in the most thoroughly studied ULX is not, as many had hoped, an

Advertised on
01/01/2014
Research news
A Be-type star with a black hole companion.

Stellar-mass black holes have all been discovered through X-ray emission, which arises from the accretion of gas from their binary companions (this gas is either stripped from low-mass stars or supplied as winds from massive ones). Binary evolution models also predict the existence of black holes accreting from the equatorial envelope of rapidly spinning Be-type stars (stars of the Be type are hot blue irregular variables showing characteristic spectral emission lines of hydrogen).  Of the ~80 Be X-ray binaries known in the Galaxy, however, only pulsating neutron stars have been found as 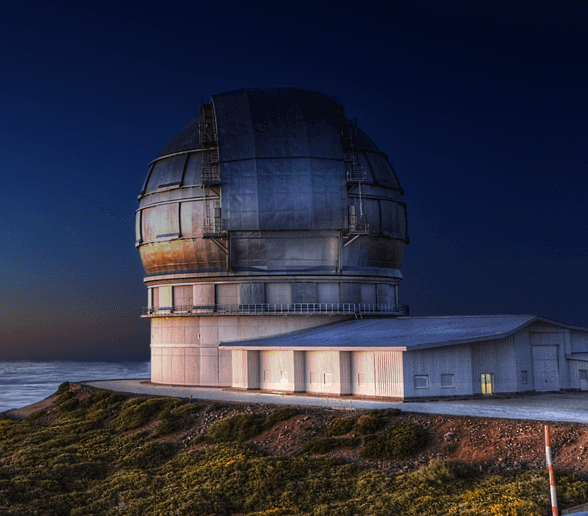