The IAC sends to space its second instrument for Earth observation

The infrared camera DRAGO-2, developed by the team at IACTEC-Space and integrated into the satellite carrier ION-scv007 Glorious Gratia of the Italian company D-Orbit is now in orbit around the Earth after its successful launch yesterday on board a Falcon 9 rocket of Space-X. The Transporter-6 mission of SpaceX lifted off without a hitch at 14: 56 UT from platform 40 of the Space Force Station at Cape Canaveral, Florida (USA).

Yesterday afternoon students, families, the media and IACTEC personnel were in the viewing room which had been installed in the multi-use area of IACTEC in the Technological Park of Las Mantecas (La Laguna, Tenerife) to watch the placing in orbit of the infrared camera. The Teidesat group of the University of La Laguna broadcast the event live, together with interviews of the staff involved in the project.

DRAGO-2 (Demonstrator of Remote Analysis of Ground Observations), the second instrument developed completely in IACTEC-Space, is a space-borne camera which works in the short wave infrared, and which is designed for Earth observation. It is the successor of DRAGO-1, which was put into orbit two years ago, and which has been a great success. The basic improvement of DRAGO-2 over DRAGO-1 is the resolution of the camera. “We have gone from 300 meters per pixel to 50 meters per pixel” explains Alfonso Ynigo, systems engineer of IACTEC-Space. “With DRAGO-1 we could see an area of width around 190 km, and with a well aligned photo you could see Tenerife and Gran Canaria. With DRAGO-2 if we point at Teide we can see the peak of the volcano and part of La Orotava, but with much more detail. It will be as if we made a zoom”.

For Rafael Rebolo, the Director of the IAC, these two first instruments developed entirely in Tenerife which view the Earth from space are only a first step. The team at IACTEC-Space are now working to develop VINIS, a new instrument for Earth observation, more sophisticated, which incorporates observations in multiple bands in the visible and the infrared. This new space telescope will observe the Earth at much higher resolution, of only 5 meters per pixel.

After DRAGO-1 and DRAGO-2, in the future we will not only develop instrumentation for satellites, but also take the leap of launching the first Canary microsatellite for Earth observation, called ALISIO, which “should be ready to fly at the beginning of next year “predicted Rafael Rebolo. This satellite will include a DRAGO-2 camera and an optical communications module. “But our ambition is to have small observatories which can view the sky from space” notes the director. After ALISIO we foresee the launch of IACSAT, the first space telescope of the IAC, dedicated entirely to astronomical observation.

With a weight of little more than 1 kilogramme and a power consumption of 6 watts, comparable to a normal led light bulb, DRAGO-2 will complement the work of DARGO-1 “depending on the study which is needed, we will need either a camera with a wide field, or one which gives more detailed images”, says Patricia Chinchilla, in charge of communications at IACTEC-Space. Just like DRAGO-1, the new orbiting camera will observe in the near infrared “this completes the images which are obtained at other wavelengths, such as the visible, which is the light with which our eyes see, and which we find most familiar”, explains Chinchilla. “This is very useful, for example, to monitor fires. The infrared lets us see through the smoke and shows the emergency services the position of the flames in real time, which can help them choose the best routes for evacuation”. Other applications of the DRAGO cameras are to monitor volcanic activity, to follow the state of the humidity of vegetation and of crops, the detection of oil spills in the sea or keeping watch on desertification.

The working team of IACTEC-Space is largely funded by the Cabildo of Tenerife, under a programme of technological training granted to the IAC over several years. IACTEC-Space is a programme integrated into IACTEC, the area of technological and business collaboration of the IAC, which is supported financially –Programme of Training within the Programme TFINNOVA of the Strategic Framework of Island Development (MEDI) and the Canary Development Fund- and of infrastructures (IACTEC building) of the Cabildo Insular of Tenerife. IACTEC-Space is financed by the Plan of Recovery, Transformation, and Resilience of the Government of Spain, and by the Centre of Technological Development and Innovation (CDTI). 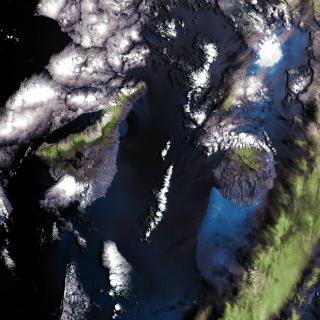 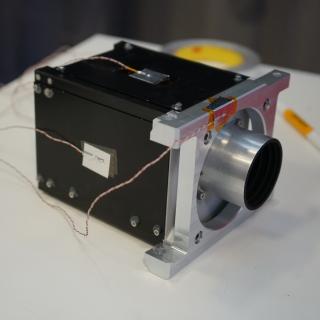 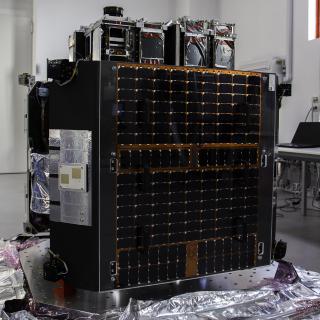 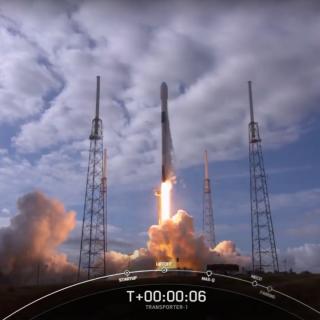 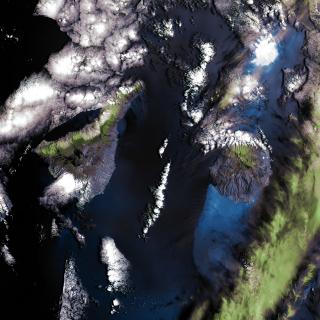 The DRAGO (Demonstrator for Remote Analysis of Ground Observations) camera, developed entirely by the team of IACTEC-Microsatellites of the Instituto de Astrofísica de Canarias (IAC) has obtained its first images of the Canary Islands. DRAGO was launched into space on January 24th this year on a Falcon 9 rocket of the Space-X company, integrated into a small satellite called ION-mk02 by the D-orbit company. Since then the satellite and the DRAGO camera have undergone a setting up phase which was completed successfully by taking its first images of the Canary archipelago. These were taken on 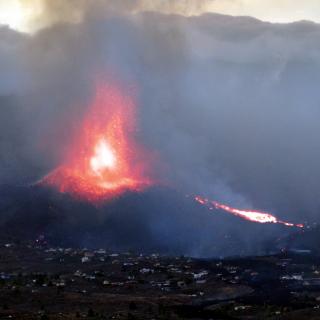 The eruption on La Palma has provided a unique scenario for testing the DRAGO instrument, the infrared camera of the Instituto de Astrofísica de Canarias (IAC) which has been observing the Canary Islands from space since January. One of the objectives for which DRAGO was designed is monitoring natural disasters, especially those which could occur in the Canaries, such as forest fires, petroleum spills, or volcanic eruptions. The role of DRAGO is to provide infrared images from space to help the management and control of these disasters. In the case of the eruption which began on September 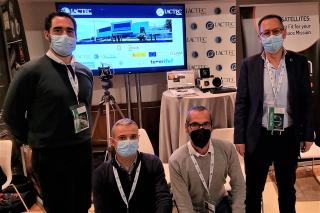 Photomontage
The second phase of the ALISIO-1 mission, which will take the latest version of the DRAGO infrared camera into space, gets under way

After the excellent results from its predecesor, DRAGO (Demonstrator for Remote Analysis of Ground Observations) the updated version of this instrument, designed to observe the Earth from space in now ready. DRAGO-2 has optics with higher resolution, and fills the need for images in the short wavelength range of the Canaries and of other parts of the world. This marks the start of the stage of design and manufacture of the satellite in which it will be launched. This satellite has been named ALISIO-1 (Advanced Land-Imaging Satellite for Infrared Observations) and will be developed in 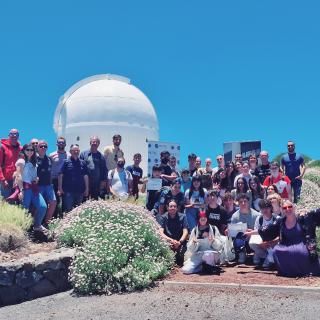 The project "DRAGO: Canary Islands Educational Centres from Space" ended its 1st edition on Monday 27th June with a visit to the Teide Observatory for the winners and finalists, where they were also presented with the corresponding prizes. In this way, students and teachers from 5 schools in the Canary Islands were brought together in this first edition. DRAGO is an innovative educational project created by the space division of IACTEC, of the Instituto de Astrofísica de Canarias, together with the Regional Ministry of Education, Universities, Culture and Sports of the Canary Islands 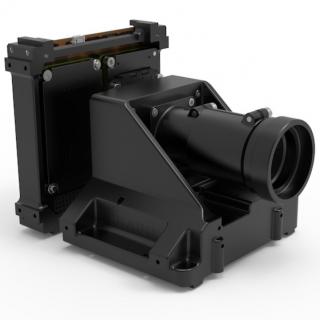