Jorge Martín Camalich (left) and Carlos Hernández Monteagudo (right), researchers at the IAC and the organisers of the present edition of the School, with Rafael Rebolo, Director of the IAC (middle). Credit: Inés Bonet (IAC).

The 33rd edition of the Winter School of the Instituto de Astrofísica de Canarias will focus on the efforts of astrophysics, cosmology and particle physics to understand the mysteries of the dark universe.

The XXXIII Canary Islands Winter School of Astrophysics, which is taking place between November 21st and December 2nd, was inaugurated yesterday in the Museo de la Ciencia y el Cosmos, with a welcome address by Rafael Rebolo, Director of the Instituto de Astrofísica de Canarias (IAC).

Rebolo noted that “the interaction among these fields is not often discussed, and seen from a transversal point of view it is the ideal nursery for generating new ideas which will allow simultaneous advances in all three of them”. He added that “it would be very convenient if there were frequent forums and areas in which the experts could interact with young researchers. This School is an excellent opportunity for all of them”.

In this thirty-third edition, the Winter School includes over seventeen world-renowned experts in the relevant areas, and over 60 doctoral students and postdoctoral researchers, five of them with IAC studentships, from 17 different countries. The chosen formats seek to promote knowledge exchange and interaction between lecturers and students, with seminars, debates, master classes, and also public talks.

The participants will also enjoy a set of additional activities such as visits to the Teide Observatory (Tenerife) and the Roque de los Muchachos Observatory (La Palma) on November 26th and December 3rd respectively.

In the words of Carlos Hernández Monteagudo and Jorge Martín Camalich, researchers at the IAC and the organisers of the present edition of the School, “It is exciting to see the same frontiers of knowledge from different but converging perspectives of physics, and to understand how each branch uses different methods to face the same challenges”.

Associated with the School there will be two public talks in the lecture theatre of the Museo de la Ciencia y el Cosmos:

The XXXIII Canary Islands Winter School of Astrophysics, promoted by the IAC with the contribution of the Severo Ochoa programme, has support from the Ministerio de Ciencia e Innovacion and the collaboration of the Museo de la Ciencia y el Cosmos and the Universidad de La Laguna.

The unknowns of our Universe

Only 5% of the energy in the Universe comprises the type of matter with which human beings are familiar, the rest is termed the dark universe, in theory composed of what is known as dark matter and dark energy.

Cosmology studies the observable universe as a whole, using the tools of astrophysics. Thanks to observations we can obtain data from which we can infer that the expansion of the universe is accelerating, whose cause is termed dark energy. Certain astrophysical systems (supernovas, dwarf galaxies, neutron stars…) whose distribution can be observed may give us indication about the natures of dark matter and dark energy, which in turn are linked to new knowledge in particle physics.

Particle physics researches the nature of the smallest scales which we can study, in particular with particle accelerators built on Earth. Each time that we go to smaller scales we explore higher energies, which correspond to increasingly fundamental components of nature. If the known laws had operated within the Universe since its beginning all matter would have annihilated itself by combining with antimatter and the Universe today would be filled only with radiation. The laws of physics which produced the primordial asymmetry, which accounts for our existence and that of everything we can perceive, remain unknown.

Carlos Hernández-Monteagudo (Co-Director of the School)

Rafael Rebolo (Director of the IAC) 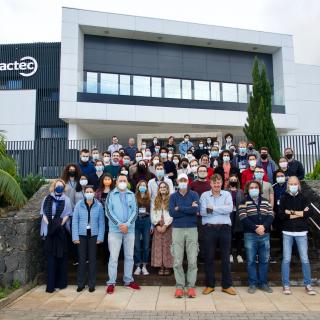 65 doctoral students and postgraduate researchers from 15 different countries participated, for 9 days, in the XXXII Canary Islands Winter School of Astrophysics, which this year was focused on clusters of galaxies, the largest gravitationally bound structures that we can observe in the Universe. Of the full complement of students, 55 were present at the school, while the other 10 followed the course on internet. As well as being one fo the first astrophysics meetings celebrated internationally with students present, this edition of the IAC Winter School was noteworthy for the highest 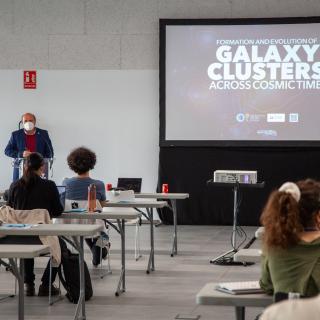 Today in the multiple use hall of IACTEC in La Laguna the XXXII Canary Islands Winter School of Astrophysics, organised by the Instituto de Astrofísica de Canarias (IAC) and the University of La Laguna (ULL), was inaugurated. In this edition, which will take place between 23rd November and 1st December, 55 doctoral students and postdoctoral researchers from more than 15 countries will participate with their presence at a variety of lectures, practical sessions and seminars by world-leading experts. This year, due mainly to the difficulty of travelling from some countries, 10 extra students 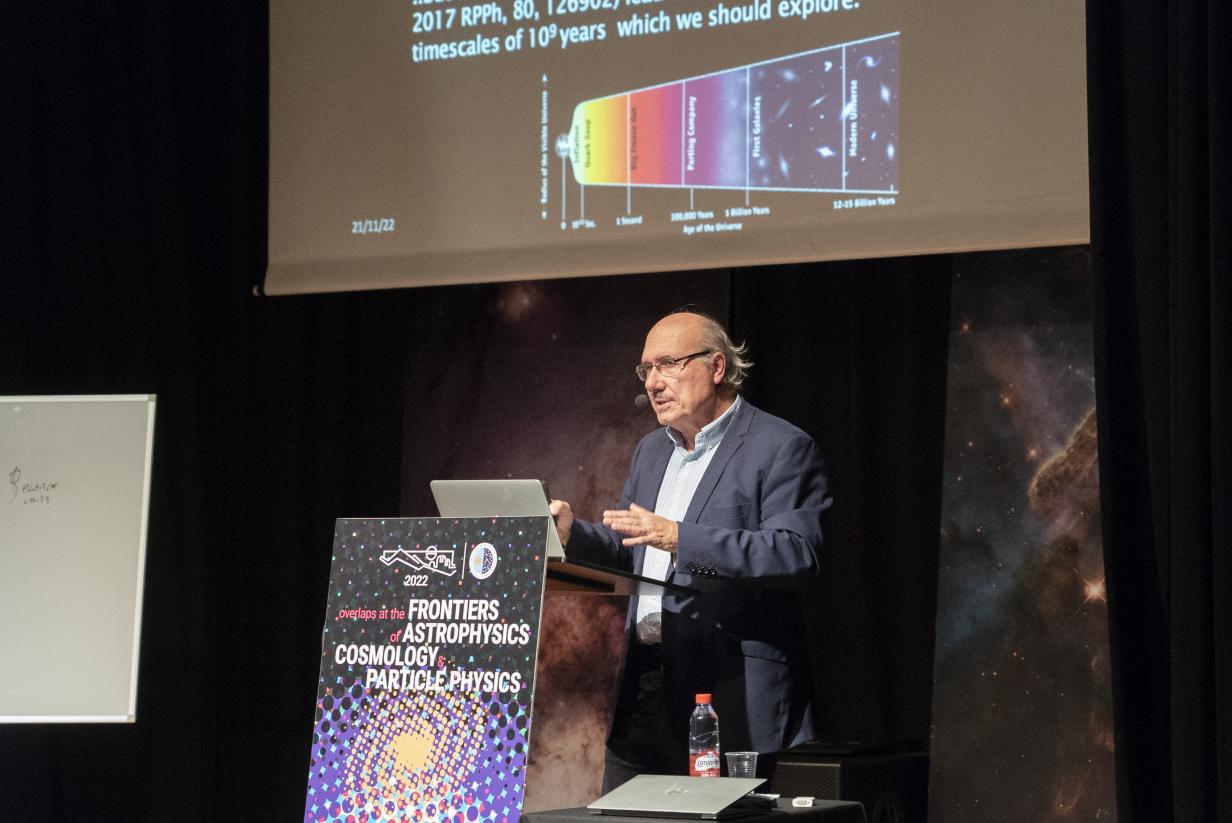