Advertised on:
12
2015
Journal
Monthly Notices of the Royal Astronomical Society
Description
We present an analysis of the nuclear infrared (IR, 1.6-18 μm) emission of the ultraluminous IR galaxy UGC 5101 to derive the properties of its active galactic nucleus (AGN) and its obscuring material. We use new mid-IR high angular resolution (0.3-0.5 arcsec) imaging using the Si-2 filter (λC = 8.7 μm) and 7.5-13 μm spectroscopy taken with CanariCam (CC) on the 10.4 m Gran Telescopio CANARIAS. We also use archival Hubble Space Telescope/NICMOS and Subaru/COMICS imaging and Spitzer/IRS spectroscopy. We estimate the near- and mid-IR unresolved nuclear emission by modelling the imaging data with GALFIT. We decompose the Spitzer/IRS and CC spectra using a power-law component, which represents the emission due to dust heated by the AGN, and a starburst component, both affected by foreground extinction. We model the resulting unresolved near- and mid-IR, and the starburst subtracted CC spectrum with the CLUMPY torus models of Nenkova et al. The derived geometrical properties of the torus, including the large covering factor and the high foreground extinction needed to reproduce the deep 9.7 μm silicate feature, are consistent with the lack of strong AGN signatures in the optical. We derive an AGN bolometric luminosity Lbol ˜ 1.9 × 1045 erg s-1 that is in good agreement with other estimates in the literature.
Related projects 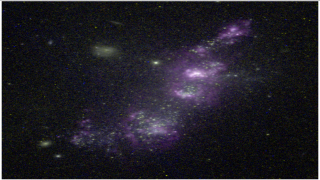 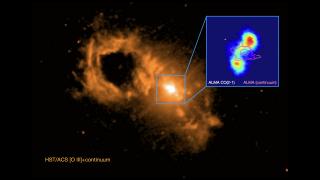 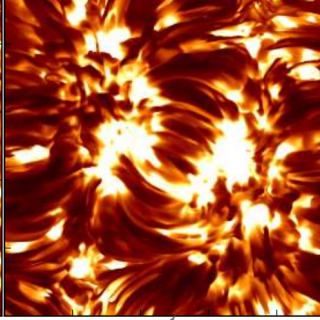 Magnetic fields pervade all astrophysical plasmas and govern most of the variability in the Universe at intermediate time scales. They are present in stars across the whole Hertzsprung-Russell diagram, in galaxies, and even perhaps in the intergalactic medium. Polarized light provides the most reliable source of information at our disposal for the