Signatures of the Galactic bar on stellar kinematics unveiled by APOGEE

Advertised on:
7
2018
Journal
Monthly Notices of the Royal Astronomical Society
Description
Bars are common galactic structures in the local universe that play an important role in the secular evolution of galaxies, including the Milky Way. In particular, the velocity distribution of individual stars in our galaxy is useful to shed light on stellar dynamics, and provides information complementary to that inferred from the integrated light of external galaxies. However, since a wide variety of models reproduce the distribution of velocity and the velocity dispersion observed in the Milky Way, we look for signatures of the bar on higher order moments of the line-of-sight velocity (V_{los}) distribution. We use two different numerical simulations - one that has developed a bar and one that remains nearly axisymmetric - to compare them with observations in the latest Apache Point Observatory Galactic Evolution Experiment data release (SDSS DR14). This comparison reveals three interesting structures that support the notion that the Milky Way is a barred galaxy. A high-skewness region found at positive longitudes constrains the orientation angle of the bar, and is incompatible with the orientation of the bar at ℓ = 0° proposed in previous studies. We also analyse the V_{los} distributions in three regions, and introduce the Hellinger distance to quantify the differences among them. Our results show a strong non-Gaussian distribution both in the data and in the barred model, confirming the qualitative conclusions drawn from the velocity maps. In contrast to earlier work, we conclude it is possible to infer the presence of the bar from the kurtosis distribution.
Related projects 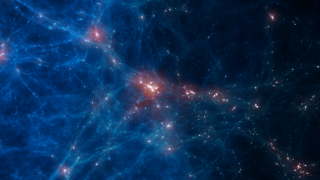 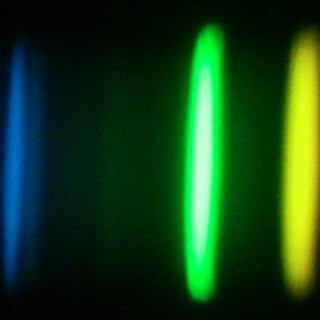