The Equinox from the Basilica of Santa Lucía del Trampal

Known as the only building from the Visigoth era in the southern half of the Spanish península which is still conserved, this church, from the Municipality of Alcuéscar in the province of Cáceres, is the scene which has been chosen to welcome Autumn by the sky-live.tv channel. The appointment will take place on Tuesday September 22nd, as part of the outreach activities of the EELabs project, coordinated by the Instituto de Astrofísica de Canarias (IAC), and in collaboration with “Good Night Extremadura” (Extremadura Buenas Noches).

Next Wednesday, September 22nd, at 13:30 UT the Earth will be at a specific point in its orbit round the Sun: the September equinox. The September and March equinoxes are the only days in the year when the Sun rises exactly in the east and sets exactly in the west, across the whole planet. In practical terms the days at both the vernal and the autumnal equinoxes are divided equally into daytime and night-time, with each lasting approximately 12 hours. In fact, the literal meaning of the word equinox, is “equal night” and comes from the latin word aequinoctium.

This year the place chosen to broadcast the beginning of autumn (of spring in the southern hemisphere) on the sky-live.tv channel, is the Basilica of Santa Lucía del Trampal (Alcuéscar, Cáceres). It is the only building from the Visigoth era in the southern half of the Spanish Peninsula which has been conserved, and among its outstanding characteristics is its astronomical orientation.

Throughout the Peninsula there is large number of Christian churches which, like the Basilica of Santa Lucía de Trampal, are oriented to the equinox. The apse of many of those churches is pointing towards the point of sunrise on the day of the canonical vernal equinox, the 25th March, associated with the festival of the Annunciation, and they show the importance of the equinox in our culture.

Furthermore, in the Peninsula one can find many other archaeological remains with astronomical orientations coinciding with the equinoxes- This is true for the majority of the dolmens in the southern half of Spain and Portugal (such as those of Valdecaballeros, La Nava de Santiago and Zafra 3, which have been studied by the archaeo-astronomers Michael Hoskin, Juan Antonio Belmonte and César González García.

The sky-live.tv channel will offer a live transmission of the sunset, working within the Energy Efficiency Laboratories project (EELabs), and with the collaboration of the Office of the Director General of Tourism of the Junta of Extremadura and the project Extremadura Buenas Noches.

“The spring (vernal) and autumnal equinoxes are the geometrical points on the orbit of the Earth in which the center of the Sun lies exactly in the equatorial plane of the Earth. Those living on the Equator will see the Sun exactly overhead at local noon” commented Dr. Miquel Serra-Ricart, an astronomer at the IAC, who is in charge of the broadcast.

EELabs (eelabs.eu) is a project funded by the Programme INTERREG V-A MAC 2014-2020, co-financed by FEDER (European Fund for Regional Development) of the European Union, under contract number MAC2/4.6d/238. Five centers in Macaronesia (IAC, ITER, ULPGC, SPEA-Azores and SPEA-Madeira) work in EELabs. The objective of EELabs is to build laboratories to measure the energy efficiency of the artificial night lighting in protected natural areas in Macaronesia (the Canaries, Madeira, and the Azores). 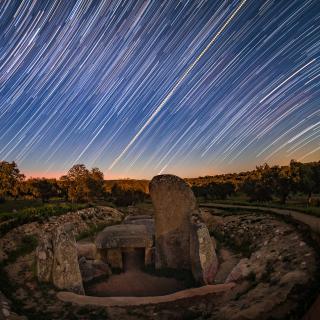 Press release
The autumnal equinox from the Dolmen of Valdecaballeros

Next Tuesday, September 22nd, at 13:30 UT the Earth will be at a specific point in its orbit round the Sun: the September equinox. The September and March equinoxes are the only days in the year when the Sun rises exactly in the east and sets exactly in the west, across the whole planet.

Press release
Dolmens and the Equinox

Next Sunday, September 23rd, will be the September equinox, the autumnal equinox in the northern hemisphere, and the vernal equinox in the southern hemisphere. The two equinoxes, in September and March, are the only days when the Sun rises exactly in the east and sets exactly in the west. The autumnal equinox will be broadcast live from the Dólmen Zarfra3 in Valencia de Alcántara (Cáceres, Extremadura) via the channel sky-live.tv, on the early morning of September 23rd, with the collaboration of the European STARS4ALL project, and an iniciative of the Junta of Extremadura “Extremadura, Good 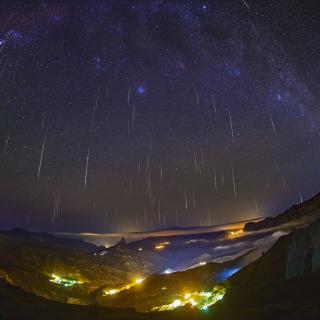 Press release
The June solstice will be broadcast from Gran Canaria

During the afternoon of Sunday 20th June, as part of the outreach activities of the Energy Efficiency Laboratories (EELabs) project, coordinated by the Instituto de Astrofísica de Canarias (IAC) the sky-live.tv channel will broadcast the sunset of the summer solstice from the municipality of Tejeda, with the collaboration of the Town Council of the municipality and of World Heritage (Patrimonio Mundial) and Biosphere Reserve Institute of Grand Canary. “The summer solstice was one of the key dates in the astronomy of the aboriginal people of the Island of Grand Canary. We know this thanks to